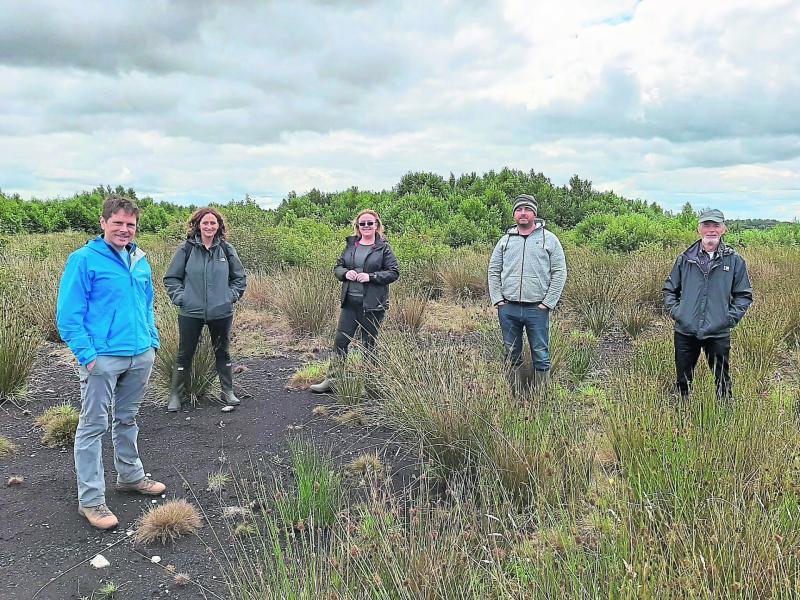 A perplexed Senator Lynn Boylan has said ‘it beggars belief’ that the €100 million Bord na Móna Derryadd wind farm development ‘is going ahead’ on the site of the proposed Mid Shannon Wilderness Park.

Senator Boylan visited Longford last week, where she met representatives from the Irish Wildlife Trust, at the site.

The former Sinn Féin MEP was accompanied by her Longford Westmeath party colleague, Sorca Clarke TD, and she says she has written to Ministers Eamon Ryan and Catherine Martin to ‘ask how the decision to build a wind farm on the site is in keeping with the national peatlands strategy’?

“Actions A9 and A12 of that strategy refer specifically to harnessing the potential of peatlands to contribute to both our environmental and ecological wealth, with a particular emphasis on mitigating carbon losses, and the potential to develop peatlands to bring tourism and recreation attractions to the midlands and west,” outlined Senator Boylan.

She added, “I hope that when the Minister Ryan, comes before the House again, he will address the contradictions in policy of using public money to rehabilitate Bord na Móna peatlands while the organisation itself appears to be dead set on undoing the existing rehabilitation projects.”

In 2013, Longford County Council Senior Planner Donall Mac An Bheatha brought forward a detailed proposal for a wilderness park and Senator Boylan said ‘the proposal was an important step in addressing the biodiversity crisis we have in this country’.

“Whooper swans, lapwings, curlews and golden plovers are already present at the site. In addition, a wilderness park would stabilise the emissions on the degraded peatlands and contribute to flood relief.”

Senator Boylan contends, “Given that the proposed wilderness park is referenced in the national peatlands strategy and only last week we had the Minister with responsibility for climate action, Deputy Eamon Ryan, announcing funding to rehabilitate 33,000 ha of Bord na Móna peatlands, it beggars belief that this wind farm is going ahead.”

The Irish Wildlife Trust (IWT) has also written to Minister Ryan asking that he instruct Bord na Móna to get behind the Mid Shannon Wilderness Park, which they believe is a landmark project that could breathe new life into the region.

Earlier this year, Longford County Council secured €482,806 to commence the process of developing the Mid Shannon Wilderness Park which will eventually encompass the cutaway bogs in the Mount Dillon complex in county Longford and neighbouring Roscommon.

In June, An Bord Pleanála announced that it was granting approval to Bord na Móna for the 24 turbine wind farm development to proceed. The No to Derryadd Wind Farm group were dismayed by the decision and they subsequently announced they will be seeking a judicial review.

A group spokesperson said, “Peter Sweetman has instructed Walter P Toolan & Sons Solicitors, High Street, Ballinamore and as this is now a legal matter we won't be making further comments in relation to these developments.”