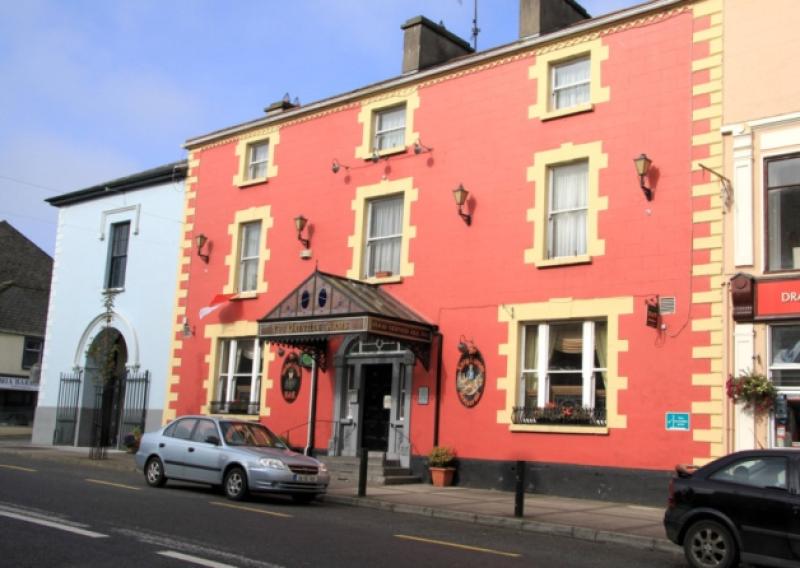 The historic Greville Arms Hotel, a well-known landmark steeped in local history is going up for online auction on Friday, August 14.

The building dates back to the 1700s and was a family-run hotel by Larry Kiernan and his four sisters, Chrys, Kitty, Helen and Maud after the passing of their parents, Peter and Bridget.

Collins and his friend, Harry Boland, vied for Kitty’s affections initially. Collins eventually won, and became engaged to Kitty. It was a love story that is documented throughout history but also one that captured the hearts of the nation.

On entering the hotel you get a sense of stepping back in time as interior remains an interesting monument to the Micheal Collins era with wonderful memorabilia found throughout.

Located within the town centre it offers a welcoming atmosphere with a simple layout throughout.

On the ground floor is a large entrance hall which leads you to the bar and dining area. A separate dining/function room is located to the front of the hotel and ideal for private functions.

Kitchen, storage and WC is located on ground floor with access to the rear of the hotel. The hotel extends two floors over ground floor which comprises of seven accommodation rooms with ensuite, meeting room and office space.