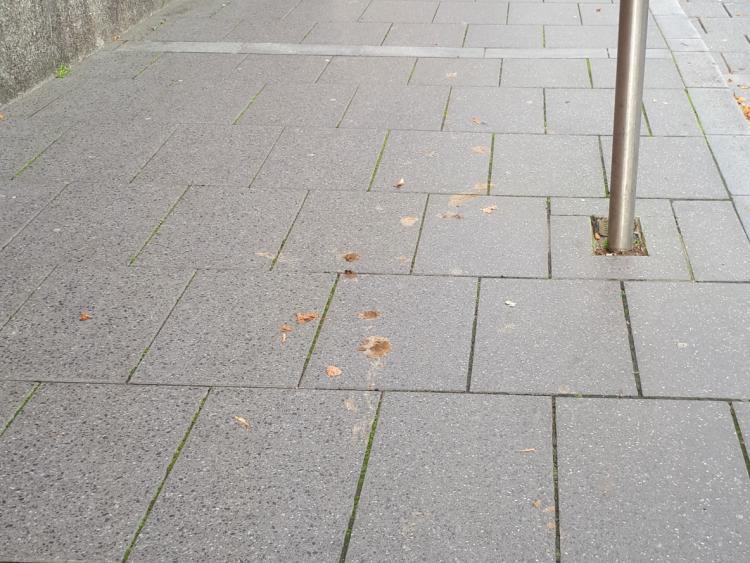 Longford’s spiralling dog fouling problem is so bad “you wouldn’t see it in Calcutta”, a meeting was told last week.

They were the sobering words of Longford Municipal District Cathaoirleach Cllr Peggy Nolan as elected members discussed an issue which has become a regular bone of contention at local municipal level.

Cllr Nolan referenced how she walked up Longford’s Main Street in recent weeks and was immediately overawed by what she saw.

“I had to pick my way through dog poo,” she said, as she relived the relief she felt once getting into the front passenger seat of her car.

“I just remember shutting my door and I could have cried in the car,” she said.

“The first thing that came into my mind was you wouldn’t see it in Calcutta.”

Cllr Nolan, who at times appeared visibly upset at what she said was unfolding in a town she and her fellow colleagues had invested so much of their time and effort in, called on local authority officials to adopt a more draconian approach to the problem.

“We need this put to bed once and for all,” she added.

“Some of the pooper scoopers wouldn’t have picked up what I had to pick my way through on Main Street.

“There’s no need for the soft option anymore, this has to be taken by the scruff of the neck.”

Such was the Fine Gael councillor’s ire at the issue, she said the time had come for “neighbours to tell on neighbours.”
Independent Cllr Gerry Warnock was just as scathing in his criticism of dog owners who fail to clean up after their pets.

“It is an issue which is brought up time and time again,” he said.

“It hasn’t disappeared and seems to be as bad or worse than it ever was.”

Cllr Warnock also told of how he had seen some dog owners dispense animal feces into trees and ditches, sometimes in popular and heavily utilised civic places in Longford town.

He said one way of addressing the situation was first through educational means and if so via more tough handed measures.

“We have to change attitudes and we have to do it softly first, but if we have to we will have to make a few examples of these people.

“It’s not good enough to let your dog crap on the street and leave it there,” he contended.