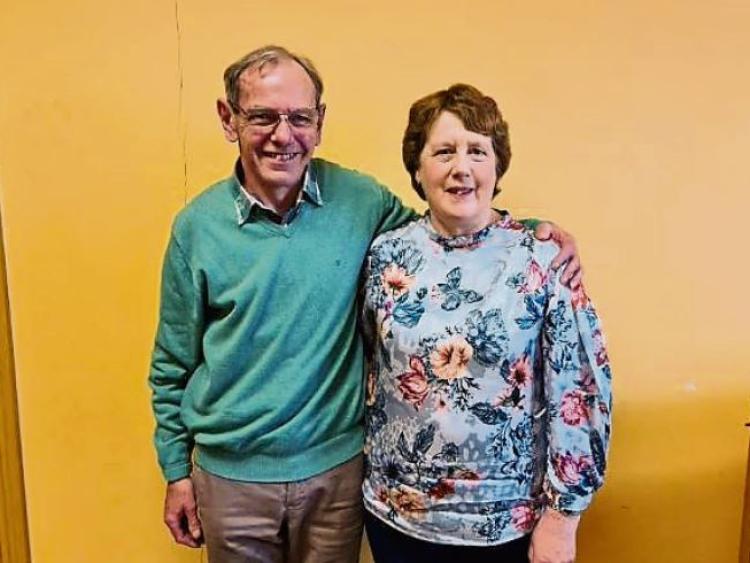 Gerry McGowan with his wife, Mary

A Co Longford publican has told of how difficulties around implementing social distancing has forced him to close its doors for the last time after more than 80 years in operation.

Gerry McGowan, proprietor of McGowan’s Pub in Newtownforbes said his decision, though regretful, was exacerbated by his own health concerns.

“I would like to state that due to an underlying heart condition I am not reopening as I also feel that it would be very difficult due to social distancing,” he told the Leader.

As one of the county’s most well established licensed premises, McGowan’s, in operation since 1938, has amassed a reputation as one of the region’s top venues for darts.

Gerry said inflexible rules around Covid-19 and the need for pubs to adhere to strict health and safety guidelines had effectively forced his hand to close the family run business after over eight decades in existence.

“Right up to this year we were very much involved in darts and with the way the game works it would make social distancing impossible.”

Much has been made of the Government’s decision to delay the reopening of pubs under phase four of the roadmap for reopening the country. A large slice of that decision was due to a marked rise in coronavirus infections among younger people who are more likely to congregate in pubs and drink.

Gardaí, too have been out in force, inspecting pubs to ensure they are complying with State backed protocols which includes the requirement for drinkers to buy a substantial meal and for customers to stay no longer than 105 minutes.

Gerry said those measures, allied to the decision to defer the reopening of pubs until August 10, would have far reaching consequences for not just Longford’s, but Ireland’s licensed trade industry.

“I just think it will be very hard for rural pubs especially,” he confided.

“The social distancing that is needed and being called for will make things extremely difficult regardless of when the pubs are reopened.”

The father of three also took time to thank all those who had provided custom to his establishment over the years, reserving special mention for Ceoltas, Tidy Towns and Gun Club members, where socials and meetings were routinely held during his tenure.

There was similar praise ushered on those who frequented the pub for darts competitions.

He said its roles as sponsor to Clonguish Ladies GAA at the time of its 2005 Leinster title winning Intermediate success as well as Newtownforbes FC were both particular highlights.

“I would like to thank everyone and all the patrons who came to the pub down through the years,” he said.

“But the way things are, social distancing and all that goes with it just would not work. There is just no way.”