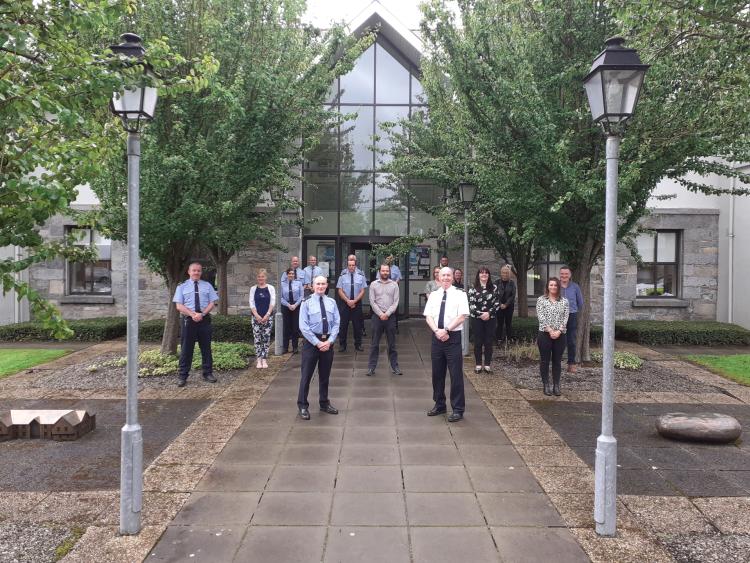 There were emotional scenes at Longford Garda Station earlier today as rank and file members bode a fond farewell to Inspector Adrian Flynn after 15 months in situ at its Battery Road headquarters.

A well respected member of the force, Inspector Flynn said he was greatly honoured to have served the local community in that time and gained valuable experience and know how ahead of his impending transfer to Castlerea in Co Roscommon.

Supt Jim Delaney said while the oft used cliche of 'their gain is our loss' was undoubtedly a well worn one, in respect of Insp Flynn's departure it was one which was very much apt.

He said Inspector Flynn's arrival from an office based role in Sligo to an operational one in Longford was certainly not lost on him.

"Adrian just rolled up his sleeves and became a very willing participant on the team," he said.

For the man at the centre of it all, the occasion together with his 15 month stint in Longford was one he would cherish dearly.

"It's been a great a great experience for me and to each and every one of you I have interacted throughout my time here, I have always found everyone helpful and cooperative," said Insp Flynn.

"It's a busy district but I quickly found that everyone was willing to put their shoulder to the wheel and get on with it, but not just get on with it, it was got on with a sense of humour as well."

Insp Flynn's vacancy will be assumed by Detective Sgt Yvonne Martin who is being promoted from her current role at Athlone Garda Station.