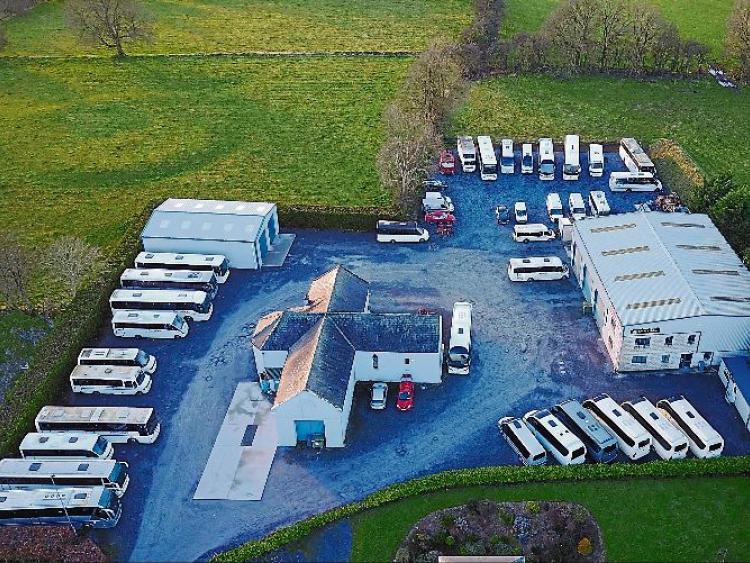 The state of Longford’s ailing private coach industry was laid bare this week with industry experts admitting its current malaise is the “worst we have ever seen”.

It comes amid growing fears some companies are having to ground entire fleets due to an increasingly immobile marketplace as a consequence of Covid-19.

Those stark consequences were spelled out by the Coach Tourism & Transport Council of Ireland (CTTC) in a detailed submission to an Oireactas Special Committee on Covid-19.

The national representative body for Ireland’s coach touring companies led calls for additional government support while also suggesting the initiation of a new Transport Task Force, charged with planning for transport provision in the wake of the ongoing global pandemic.

For local private operators like Farrellys Coaches Ltd, the present state of affairs could not be any more burdensome. “It’s bad,” said MD Liam Farrelly bluntly.

“We have 33 buses here and most of them have been parked up since March 13.

The Kenagh based coach operator said while a three month moratorium on repayments for new vehicles has eased some of the financial load, greater state action is needed.

“The tourism side of things is gone for this year you could say and possibly for a good skite of next year so we might need a 12 month moratorium,” he warned.

A report published by the Coach Tourism and Transport Council of Ireland in February revealed that the sector has seen a 90% growth in volume over the last 15 years.

But with over 11,500 people employed in the sector nationwide, industry representatives fear many of those jobs, together with over 1,700 companies, could face implosion if present day trends continue.

Mr Farrelly said the situation confronting firms like his was compounded with the lack of income which would otherwise have been generated from daily school runs.

“When they do go back, how will social distancing work?” Mr Farrelly asked.

“We need to get to full capacity because if we don’t and buses are only allowed run at 50 per cent, I don’t see people wanting to pay twice as much to go on the same journey before the virus.”