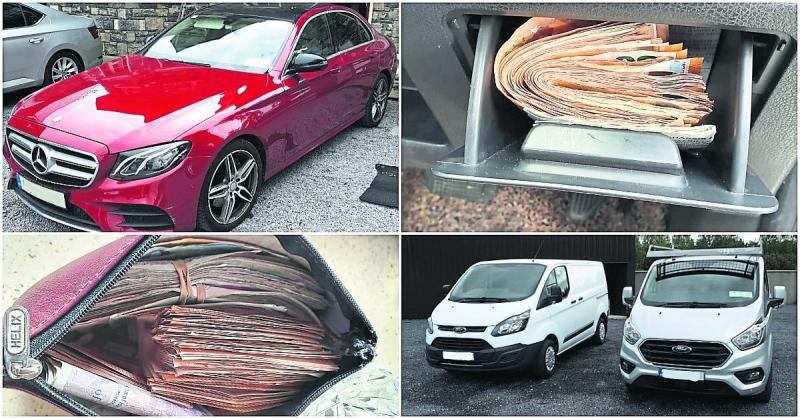 The chief suspects targeted during Monday’s criminal assets bureau raids belong to a well known crime family of up to 20 individuals, the Leader can reveal.

A number of the leading players whose homes and premises were searched at 16 different locations are either before or in the process of going through the courts system at present.

The Leader understands garda detectives along with rank and file gardaí, over the past year and a half, meticulously assembled detailed profiles on each of the chief principals involved, their activities and, is some cases, opulent displays of wealth which coincided in Monday’s early morning raids. “They are an organised crime group and a family that are well known to the people of Longford,” Superintendent Jim Delaney told the Leader.

“They have been before the courts in relation to activity that is feud related and some of the members of the family have been convicted of offensive weapons and of violent disorder which occurred last year.”

The level of notoriety surrounding those involved and the far reaching nature of Monday’s operation was met with wholesale approval by the chairperson of Longford’s Joint Policing Committee, Cllr Seamus Butler.

“It's very encouraging to see these types of resources being put into Longford," he said.

“What it also does is it shows these types of people that if you are intent on committing and being involved in crime, you will be hunted down and so will your ill-gotten gains.”

Cllr Butler said while it was necessary for the wider public to see prosecutions follow, it was just as essential not to underestimate the handicaps sweeping operations such as Monday’s planned cross agency initiative have on organised crime gangs.

"At least the sequestrating of their assets will impede these people’s activities and as we have seen nationally, operations like this can often be the straw that breaks the camel’s back," he said.