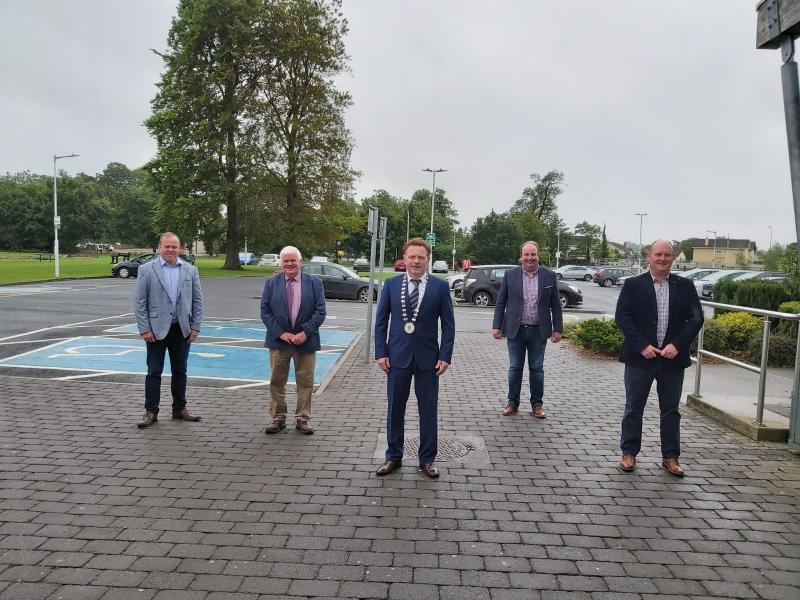 Cllr Garry Murtagh (FG) has been elected to the role of Cathaoirleach of Granard Municipal District following a meeting last week.

Cllr Murtagh took over the role from Cllr PJ Reilly (FF), who congratulated him on his new position.

Before handing over the cathaoirleach’s chain, Cllr Reilly thanked his fellow councillors for their support while he held the position of chair.

“I was fortunate to be chair for the last 12 months. I was three years in the chair of Granard MD thanks to your support,” said Cllr Reilly.

“I enjoyed every moment of it. In this Municipal District area, we’re fortunate to have five councillors, so there’s a year in the chair for everybody and I wish you all the best of luck in that role.”

Accepting his new position as cathaoirleach, Cllr Murtagh thanked Cllr Paraic Brady (FG) for proposing him and Cllr Colm Dalton (FG) for seconding the proposal, saying he appreciated the support.

He said that, in his capacity as cathaoirleach, he hopes to see tourism developed in north Longford.

“I don’t want to see north Longford left behind. We’re trying to develop tourism and the walks in the local area,” he told his colleagues.

He also welcomed Cllr Dalton to his first Granard MD meeting, saying he has “big boots to fill”, referring to those left by Senator Micheál Carrigy.

The role of leas-cathaoirleach has been filled by Cllr Turlough ‘Pott’ McGovern (FG) who topped the poll in his first local election last year.

“Thanks to Cllr Brady and Cllr Reilly for proposing and seconding me,” he said.

“It’s an honour to be working with you and I wish Garry all the best as cathaoirleach.”