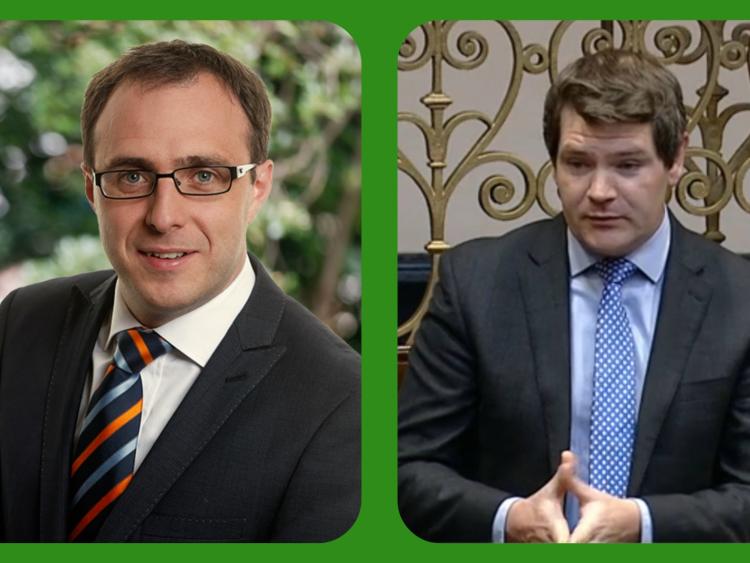 Fianna Fáil’s Robert Troy and Peter Burke of Fine Gael, were keen to scotch any mounting talk of possible promotion this week as the new government began its first few days in office after its successful ratification at the weekend.

The former, though anxious to keep his counsel ahead of any announcement, hinted his time for greater seniority within the ranks of Leinster House had come.

“I don’t honestly know,” was his short, yet distinct reply when contacted by the Leader on Monday.

“I would love to be in that position and directed to serve but it’s outside of my control.

“My track record is there to be seen in terms of how I have worked diligently as party spokesperson across various departments and how I was the only sitting Fianna Fáil TD in the country to help bring a second seat over the line in the last election.

“Hopefully, that will count for something.”

His response to speculation of in-party resentment over how a number of high profile heavy-hitters typified by the likes of Dara Calleary and Jim O’Callaghan had been overlooked for senior portfolios, was more lucid.

“Unfortunately when you have a party where there is such a plethora of talent and very few vacancies available, it’s very hard to ensure everyone is accommodated,” he added.

His Fine Gael counterpart, Mr Burke was just as coy when it came to talking up his own chances of securing a junior ministerial portfolio.

“It’s very hard to tell and I am hopeful, but it will be fiercely competitive as there is so many that are moving down from senior (ministerial) level,” he said, notwithstanding his own admission “the numbers aren’t in my favour.”

Asked about any preferences he may harbour should a call from Mr Martin arrive on Wednesday morning, the Mullingar based TD noted fiscal and agricultural briefs as being among his strongest areas of expertise.

“I would absolutely love a role, if the opportunity arose, in finance or in a business related area and having grown up on a family farm I would also have a strong interest in agriculture,” he maintained.