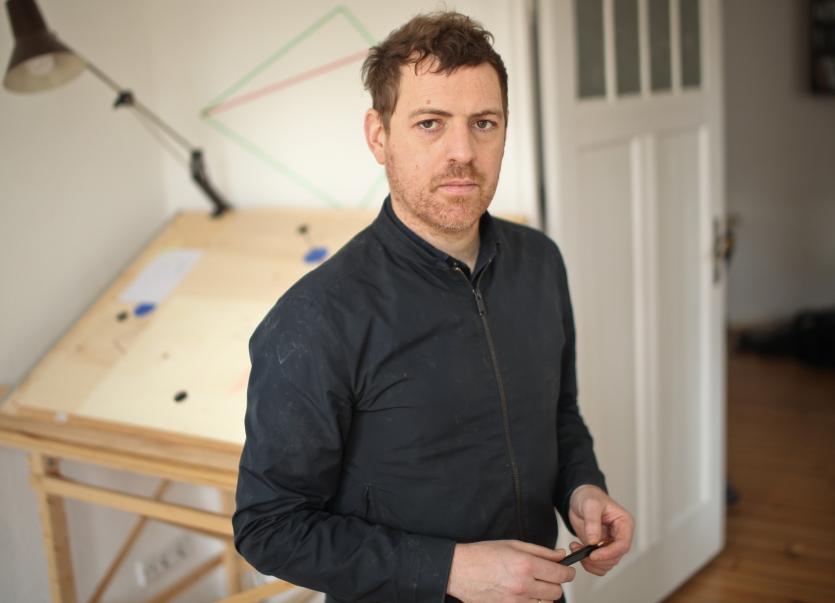 The University of Liverpool’s Institute of Irish Studies is delighted to announce that the winner of the inaugural £5,000 John McGahern Annual Book Prize is Adrian Duncan, for his novel, Love Notes from a German Building Site.

The Prize judges – University Vice-Chancellor Dame Professor Janet Beer; Chancellor and author of Brooklyn, Colm Tóibín; Professor of Irish literature in English, Frank Shovlin; and The Irish Times fiction reviewer, Sarah Gilmartin – praised the “pitch perfect debut” for its “spare, exact prose”, and how it reveals “what it might mean to be Irish in the 21st Century”.

On learning of his success, Adrian Duncan said: “I am very moved and proud to be awarded this wonderful book prize. To be associated with John McGahern, a writer I have admired for so long, is an incredible honour.

“I owe much to my publisher, The Lilliput Press, for taking a chance on me and for their continued support. I would like to extend my gratitude also to the Institute of Irish Studies for bringing this prize into being.

“My thanks also to all of the judges, and particularly to Colm Tóibín, who had the difficult task of choosing the final book.”

Colm Tóibín said: “Love Notes from a German Building Site is written in spare, exact prose. Set mainly on a building site in Berlin, it captures the urgencies and exigencies of construction, as well as the close and strained personal relationships that develop between workers over time.

“As well as being a portrait of work, this novel offers a picture of a sensibility – Paul, an Irishman in Berlin, conscientious, often uneasy, often bad-tempered, but ready to be transformed by his relationship with Evelyn, who travels with him, and by time spent in galleries.

“At the heart of the novel is the question of language, German as a set of signs, but also the world itself as a set of signs waiting to be interpreted by the protagonist, who is created in this book with an acute and painstaking emotional accuracy.”

Professor Peter Shirlow, Director of the Institute of Irish Studies, said: “The Institute is dedicated to how we present and promote Irish culture especially in terms of locating diversity and multifaceted meaning.

“Our recent response to Covid, via the digital festival Culture Unconfined, drew upon a vast array of cultural styles and gained a diverse audience of some 16,000 by age, location and background.

“Within that vein Adrian’s novel highlights how the nature of Irish identity is framed by many situations and contexts and here we have a wonderful piece of work about the apparently very ordinary life of an Irish structural engineer washed ashore from post-Crash Dublin onto a Berlin building project with a motley crew of fellow Irishmen, Germans, Ukrainians and Bulgarians.

Capturing such a real-world situation is both fascinating and with merit.

“I would also like to thank Madeline McGahern for her support of the book prize”.

Professor Frank Shovlin, who is currently researching John McGahern’s work and correspondence for an edition of letters and an authorised biography, said: “A pitch perfect debut by a writer who never relies on exaggeration or contrivance of any kind.

“This is a book that will live long in my memory both as an evocation of the marvellous ordinariness of romantic love, of the absurd politics of the workplace, and of the overlap between our construction of language and that of our built environment.

“Any author capable of writing a gripping scene about drilling holes in concrete is entitled to take a bow. I have not enjoyed a novel this much in a very long time.”

The winner was selected after an open call for submissions for the inaugural prize from any Irish writer, or writer resident in Ireland for more than five years, for a debut work of fiction published in 2019.

Adrian Duncan added: “I’d like to take this chance to congratulate my fellow short-listed writers.

“A prize of this kind, apart from the great honour, is also of considerable financial help to any writer starting out on the road. Thank you”.

The University of Liverpool’s Institute of Irish Studies was established in 1988, and remains the only one of its kind in Great Britain. The Prince of Wales and President of Ireland Michael D Higgins are joint patrons of the Institute, symbolising the significant role it plays in the political and cultural life of these islands.