Ballymahon's KTG to release her third single of upcoming album 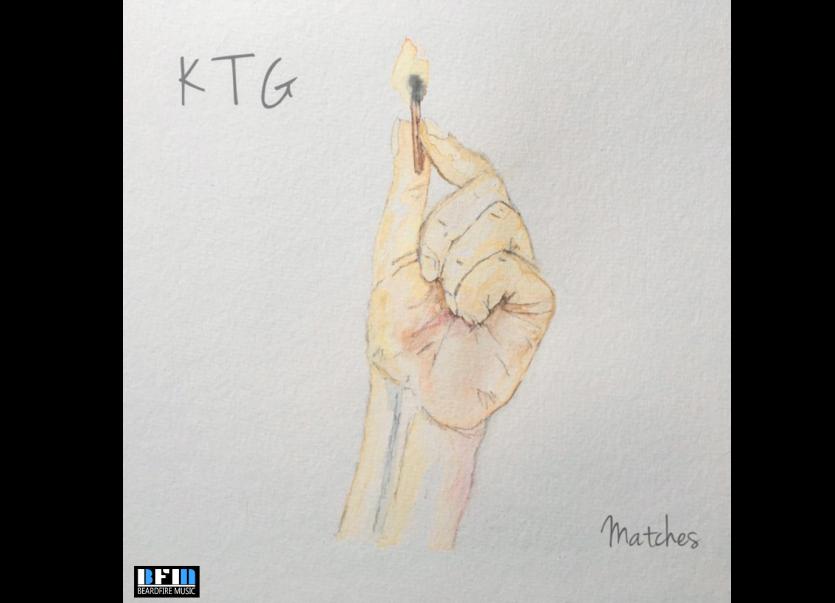 Ballymahon musician Katie Gallagher - aka KTG - will release the third single from upcoming album ‘The Long Road Home’ on July 3 next.

The song, titled ‘Matches’ is a sassy and powerful pop anthem that reminds us of a time when bopping all night in the club and catching the eye of that special someone on the dance floor was all that existed in that moment.

The chorus hook declares boldly that “I put too much working into my makeup and too much care in my hair for you to not take me home tonight” which is at once, depending on your perspective, a pure and potent statement from a woman in control, or a comment on the societal pressures felt by so many striving for an idealised measurement of attractiveness.

KTG, at just 23, has spent what already feels like a lifetime in music. Completing her first nationwide tour of Ireland in 2018 in support of the release of her single ‘Man on a Mission’, which placed at No.17 in the iTunes official download charts, February 2018, before releasing her next single ‘Blue’ this time placing at No.2 on the iTunes Singer-Songwriter charts for three weeks behind George Ezra’s ‘Shotgun’ in August that same year.

Having been compared to legends past and present like Joni Mitchel, Carole King, Suzanne Vega and Wallis Bird, her passion for performing and touring has allowed audiences to absorb her energetic live show at many of Ireland’s top venues including Coughlan’s Live (Cork), Roisin Dubh (Galway), The Spirit Store (Louth), Harbour Bar (Wicklow), Whelans (Dublin) to name only a tiny sample.

KTG’s music has taken her to national and international radio, her original track ‘Yesterday’ was released as a charity single in aid of the DCU Dementia Research Unit, and she performed it live to a listening audience in the hundreds of thousands on Today With Sean O’Rourke on RTE Radio 1.

She was invited to perform at the Other Voices: ANAM showcase alongside Tebi Rex, Mango x Mathman and Delorentos and even had the pleasure of performing for President of Ireland Michael D Higgins and his wife Sabina.

Online, KTG has amassed almost 1.3 million video views on her originals and covers.

Having released her debut mini-album ‘Searching For Magpies’ in 2019 to iTunes Chart success, as well as glowing critical acclaim, KTG once again calls upon the experience and expertise of Beardfire Studio producers David Virgin, Rohan Healy and Al Quiff, for the recording and release of her follow up album ‘The Long Road Home’

In their collective six decades of musical experience, David, Rohan & Al, have worked – on stage or in studio – with the likes of Nick Cave, INXS, Leslie Dowdall (In Tua Nua), Mary Black, The Cruel Sea, RUNAH, Patricia Lalor, Ciaran Moran, Moylan, Cat Power, Billy Bragg and Lloyd Cole, to name but a few, and KTG stands shoulder to shoulder with any of the names there mentioned.

KTG’s new single, ‘Matches’ will be available on July 3 from all the usual platforms. Follow KTG on social media for regular musical updates.