€468,750 in funding announced for the enhancement of Lanesboro as a Tourism Destination 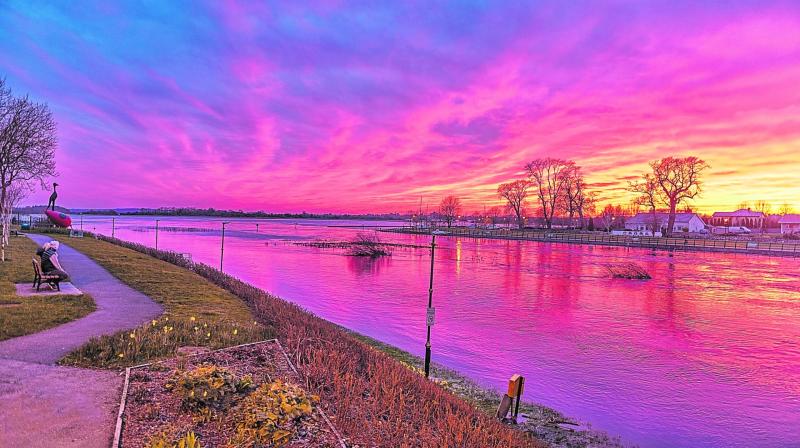 €468,750 in funding announced for the enhancement of Lanesboro as a Tourism Destination

The announcement of €468,750 in funding for the enhancement of Lanesboro as a Tourism Destination has been welcomed by open arms by local representatives.

The funding is part of a €13 million sum which has been allocated to 24 projects across the country as part of a Rural Regeneration and Development Fund.

Speaking to the Longford Leader this afternoon, Cllr Farrell said that, while his tenure as cathaoirleach of the county was short, it has been incredibly fulfilling thanks to today's announcement.

"The application went in last February and I've been engaging with Minister Ring and the department and I'm delighted with his support," he said.

The development of a visitor centre and an amphitheatre are among the plans for Lanesboro under this new funding, he added, an a connecting road for the main street is also on the cards.

"We're developing Lanesboro as a tourist destination, which is what we've been trying to do for a number of years. We'll be developing walkways from Lanesboro out to Kenagh and Corlea bog, to Ballymahon and Center Parcs. We're already working on connecting the greenway running to Killahsee and Clondra. Lanesboro will be a hub for all of that," said Cllr Farrell.

Longford Senator Micheál Carrigy has also expressed his delight at the announcement, complimenting Cllr Farrell and the regeneration team of Longford County Council who he said "have worked hard to get this funding in place; congrats to all and great boost to the area".

The Fund is part of the Department of Rural and Community Development’s Rural Development Investment Programme which is funded under Project Ireland 2040. The Fund is providing €1 billion in investment over 10 years to support the regeneration and development of rural towns, villages and outlying areas.

Today’s announcement relates to Category 2 of the Fund which provides seed capital funding for strategic, large-scale projects which will assist in delivering town and village regeneration and contribute to economic development and recovery.

The funding provided will allow for further development of the projects to take place enabling projects to reach a stage where they are developed to a high standard and the project is in a position to commence works.  This will also provide a ready-made pipeline of projects which can be progressed in the future with the support of the Fund or other funding streams.

The applications for funding were subjected to a comprehensive assessment process by the Department, with oversight provided by an independent Project Advisory Board, made up of representatives drawn from key Government Departments along with external independent experts.

“The Rural Regeneration and Development Fund represents an unprecedented opportunity to deliver the scale of investment necessary to allow rural communities to further develop and prosper. This investment is more important than ever to help address the challenges arising from the COVID-19 crisis and to drive economic recovery and sustainable development in rural areas,” Minister Ring said.

“The Category 2 funding I am announcing today is for projects that require further development to make them ready for construction.  There can be significant work and expense involved in getting projects to the point where they are ready to be delivered. This support is critical to ensure that a pipeline of ambitious regeneration projects are ready to hit the ground running in the future.”