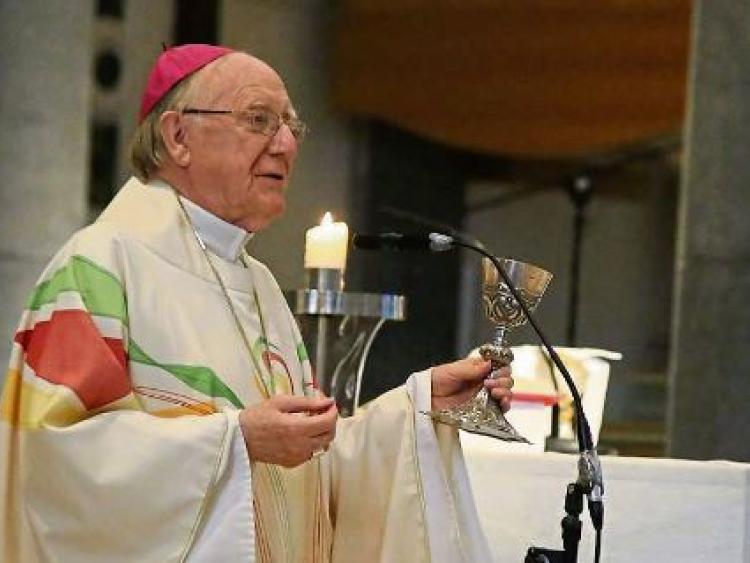 Friday, June 19 marked the Diamond Jubilee of the ordination of Bishop Emeritus Colm O’Reilly to the priesthood and Mass, led by Bishop Francis Duffy, was celebrated in his honour at St Mel’s Cathedral, the place where he was ordained in 1960.

A native of Colmcille, Bishop O’Reilly explained to Tiernan Dolan of the ‘Humans of Longford’ that he served as a priest in Granard for nine years before being moved to Longford. “I never left Longford and in 1983 was appointed Bishop and am retired a number of years now.”

Bishop O’Reilly said his life has been a series of major changes and challenges, many painful and also plenty of surprises, with the recent experience of cocooning right up there!

He described his appointment as Bishop of Ardagh & Clonmacnois as ‘a major challenge’. “It was a big departure from life as a priest. It was vastly broader and it also brought with it the shared responsibility for the ministry of the church in the whole country.”

Ten years later, in 1993, while visiting his brother in Kenya, who was critically ill, Bishop O’Reilly suffered a heart attack. “I still can't remember a thing for 36 hours afterwards. No memory at all but it was a close call. It made me readjust regarding my life and health and I had the strong feeling that I was on borrowed time. Thankfully that borrowed time continues. Life is so precious.”

Another unforgettable event was being woken by a 5am phone call on Christmas morning 2009 from Fr Tom Healy informing him that St Mel’s Cathedral was engulfed by flames.

“Later that same morning, with smoke still billowing Ciaran Mullooly from RTE asked me about our plans. I answered that we'd restore it but to be honest, it was a pure emotional answer. As I walked over to say Mass in the Temperance Hall, it was an extremely lonely moment.

“But it was progress. From the time the fire service left the scene so many people got in contact offering help saying ‘we will help’. The word ‘we’ was very important and the entire community were ready and willing to help.

“There was a huge sense of a need to respond to the crisis and the community rallied in a most impressive way. The fire had a massive impact on so many and the response turned out to be incredibly positive. We were also very lucky to have great local support as well as support from our insurers Allianz who guided us along.”

A big supporter of Pope Francis, Bishop O’Reilly says he has given us a sense of hope. “He has wisdom and humility and a deep spirituality.”

He concluded, “Faith is like gold, tested by fire but remains unscathed. I'm fortunate to be still here on borrowed time among the good people of Longford and to have celebrated my Diamond Jubilee."