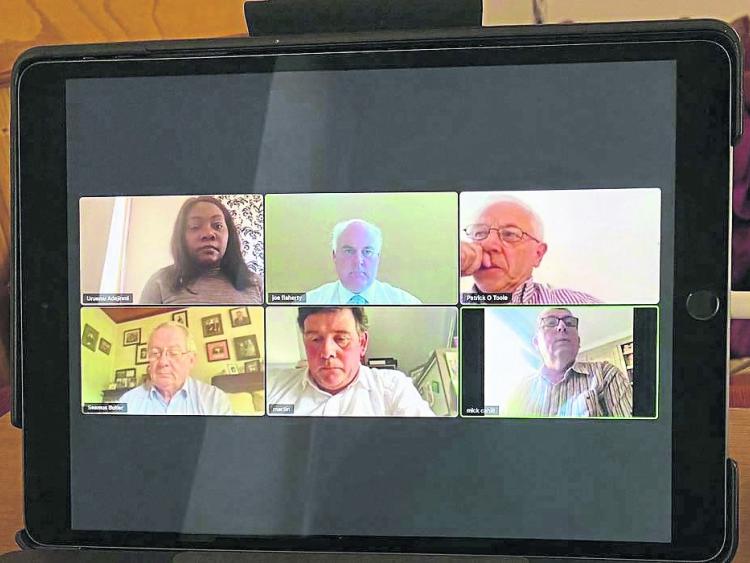 Longford councillors have given a mixedreaction to the programme for government in a move which is likely to case further doubt on the workability of a three pronged coalition involving Fianna Fáil, Fine Gael and the Green Party.

Meetings took place involving elected members from both Fianna Fáil and Fine Gael over the 139 page draft document which, if passed, will bring about the formation of Ireland’s next government almost five months since voters went to the polls.

All six Fianna Fáil councillors have indicated their intentions to vote in accordance with the document, a decision group leader Cllr Seamus Butler said was unanimous, despite being “the lesser of three evils”.

He said: “There was that consensus that we would reluctantly support the programme for government, otherwise the other alternatives could have been another election or going into government with a motley crew of left wing independents and Sinn Féin.”

His party colleagues Cllrs Mick Cahill and PJ Reilly admitted their support for the document was based on a need for governmental stability in light of the ongoing health and economic challenges brought about by Covid-19.

Ballymahon’s Pat O’Toole and Longford town based Uruemu Adejinmi followed suit with the latter admitting the three party framework, while “not perfect” represented a “working document” which could be built upon over the course of the incoming government’s lifetime.

If unanimity was the overriding sentiment expressed among the Fianna Fáil side of the count council chamber, for those sitting in the Fine Gael benches it was anything but.

Group leader Cllr Colm Murray said he was “hesitant” in backing the deal as he argued for greater emphasis to be placed on the State’s Just Transition Fund and ensuring any moves towards green orientated energy production did not come at the expense of the taxpaying public.

“People just won’t accept airy fairy ideas that will come to fruition in a number of years,” he said.

Cllr Murray’s cautious optimism for the new framework was met by even greater sceptism by Cllrs Paul Ross and John Browne.

The former said he was concerned about the likely stability going into government with Fianna Fáil and the Greens would bring while Cllr Browne said there were simply too many ambiguities in the proposed document.

“There’s an awful lot of things that just aren’t specific enough,” he argued.

“One of them is the whole area of rates and the talk of streamlining them. Sure, if I went down the town and said to a ratepayer that’s what’s being talked about I could be asked are rates going to be got rid of. It’s not specific enough.”

Cllr Peggy Nolan, meanwhile, said she would be supporting the programme while both Longford County Council Cathaoirleach Cllr Ger Farrell and Cllr Garry Murtagh admitted they were still “undecided” at the time of writing.