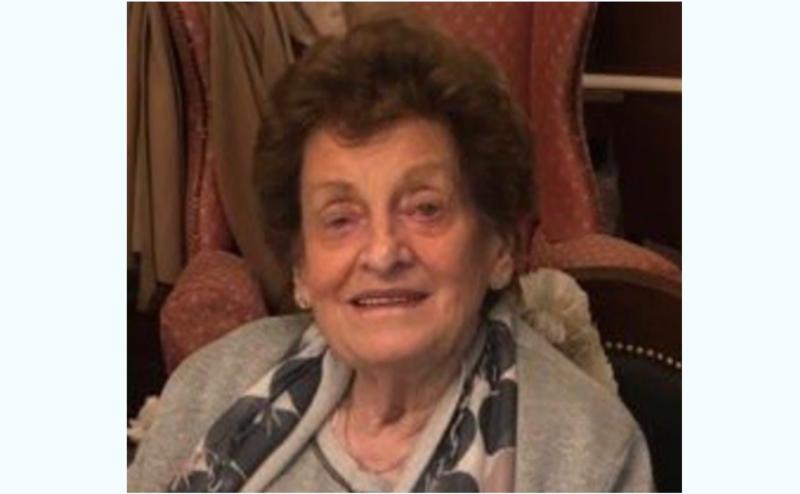 County Longford golf club has today paid tribute to the late Brenda Gearty, a former Lady Captain and President at the club.

Wife of the late Padraic Gearty, Brenda (née Hannigan) died peacefully, at her home in Longford town, on Sunday, June 7.

Co Longford Golf Club ladies PRO Rheda Quinn wrote that it was with great sadness that the club learned of the death of Brenda Gearty on Sunday.

Paying tribute, Ms Quinn said, “Brenda was a very popular figure over many years in the golf club and was held in very high regard by her fellow golfers both as a golfer and as a club officer. She was known for being very kind and helpful to new beginner members.”

Brenda had a distinguished career as an officer of County Longford Golf Club having served both as Lady Captain (1965) and as President.

She also served many terms with the Irish Ladies Golfing Union and was made Honorary member in 2008.

Ms Quinn continued, “Brenda distinguished herself as a player by winning the Connacht Ladies Senior Golf Championship in 1980 and she was a member of the County Longford Golf Club Ladies team that won the Western District Connaught Cup in 1997.

“She was a qualified ILGU and R & A Rules Official and served many terms on the ILGU Council. Her contribution to ladies’ golf in Longford, the Connacht Executive and on the national stage as a member of the ILGU was immense.

“The Ladies Club extends its deepest sympathy to her daughters, Deirdre (McGowan), Naoimh (O’Dwyer) and Liadhan (Hassett), her brothers Tom and Denis, and extended family and friends. May she rest in peace.”

Brenda Gearty’s Funeral Mass will take place on Tuesday, June 9 in St Mel’s Cathedral, Longford, at 11am, however, following government guidelines regarding public gatherings, this will take place privately. The Mass will be streamed live, please go to www.longfordparish.com

Those who would have liked to attend, but due to current restrictions cannot, may leave their personal messages in the “condolences” section on RIP.ie.
Family flowers only please, donations, if desired, to Longford Social Services, c/o Glennon Funeral Directors or any family member.