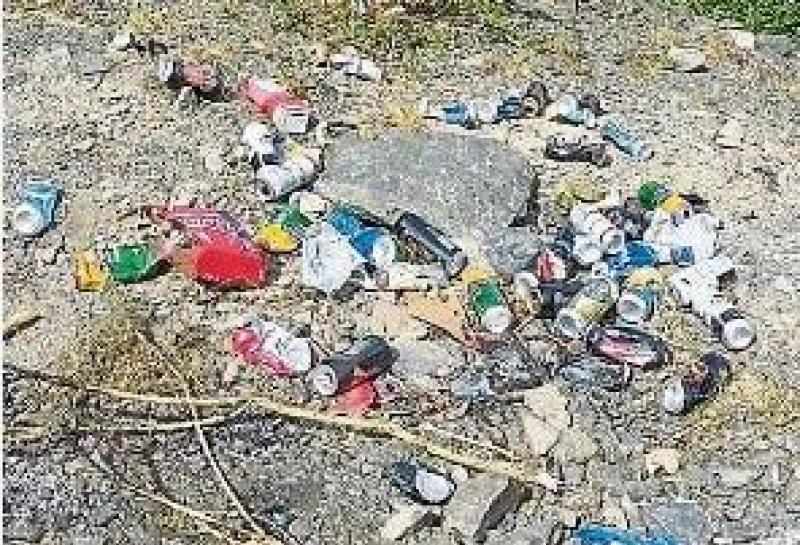 Rubbish dumped (left) at the local lake in Arva

There has unfortunately been a notable rise in the incidences of indiscriminate dumping since the Covid-19 lockdown began.

With the easing of restrictions, coupled with the glorious weather we’ve been experiencing, people are getting out more.

However, there is a small percentage whose civic pride has deserted them, much to the despair of tidy towns groups and development associations across Longford.

Ballymahon Tidy Towns previously hit out at social distancing not being observed and a spate of dumping in the town's 1916 Commemoration Garden.

And over the weekend a picnic bench alongside the River Inny was heavily littered. They pleaded, “Let's preserve our beautiful amenities and treat nature with the respect it deserves.”

Granard Tidy Towns revealed their devastation at finding rubbish dumped on the Granardkille road. They vowed: “We will go through it (the bag) to possibly find the owner.”

The community around Barley Harbour were also annoyed by people’s bank holiday weekend behaviour. “The council provides bins for the public to use but some people still leave nappies and rubbish behind.” They found a bank slip among the litter and have been passed this on to Longford County Council.

Amid the negativity, thankfully, there are beacons of positivity. Longford Tidy Towns praised Mary McDonagh for her clean up of Garvey’s Yard, and in Arva, the Town Development Association commended local resident Pawel IIczuk for taking time to pick up other people's rubbish at the local lake.