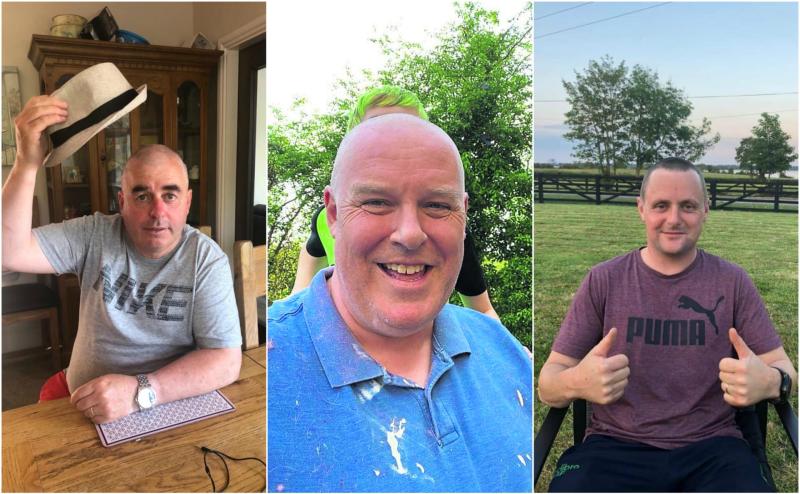 Three well-known figures are among the six enjoying the cool breeze on their scalps this week following a head shave for charity over the bank holiday weekend.

RTE presenter Ciaran Mulloly, Cathaoirleach of Longford County Council Gerard Farrell and former Minister for the OPW Kevin ‘Boxer’ Moran will all need to spread the suncream on their heads if this heatwave continues.

Their hairy sacrifice was all an effort to raise funds for the community to build a new boat to bring groups of up to eight people with disabilities together on the blueway on the River Shannon this summer.

All going to plan, for the first time ever, all eight will be able to independently travel onto the new vessel when the bow is lowered, to go fishing or sightseeing with two other guests or carers and a professionally trained crew on board.

“Thank you all so much for responding to those messenger texts and supporting the six of us who shaved the heads,” said Ciaran Mullooly on Tuesday, as he adjusted to his new ‘do.

“Now that I have washed away all the paint from yesterday, the reality is hitting but it was all so worthwhile for a brilliant project for people with disabilities.

“Tonnes of messages last night from people who say they never knew we were actually shaving the head so here you go - one last time - there are donation buckets in all the shops in Lanesboro and Ballyleague until Saturday next or you can donate by card (on GoFundMe).”

Donations are still welcome via GoFundMe. Simply search ‘Shave it All for Access to All’. Over €15,000 has already been donated in the massive fundraising campaign.