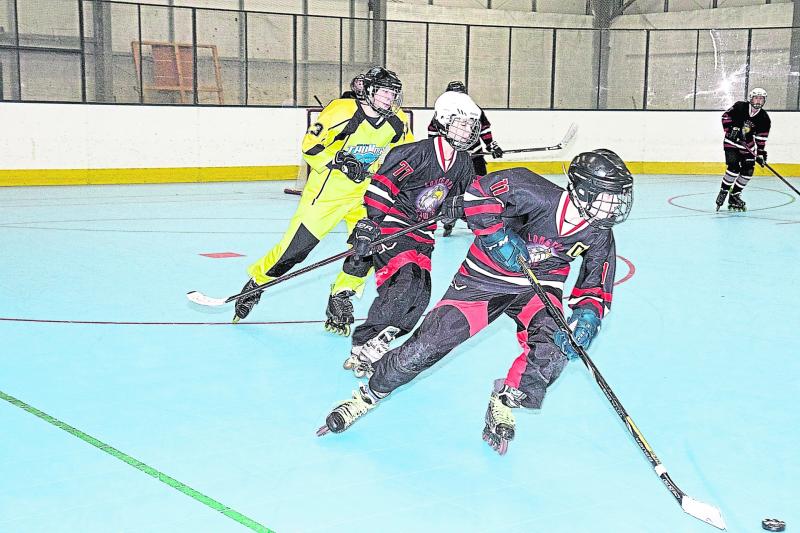 There have been many casualties as a result of the Covid-19 restrictions in recent months, but the team behind Longford Inline Hockey is determined to ensure the local rink is not one of them.

Longford Inline Hockey has been on the go for five years and moved to a premises at Mastertech Business Park approximately two and ahalf years ago.

The rink has been a huge success over the past few years, with teams coming from the four corners of Ireland to take part in tournaments.

But Longford Inline Hockey is currently experiencing difficulties due to Covid-19 restrictions, which prevent close contact sports from going ahead this year.

The rink in Longford is used for league games and competitions throughout the year, according to John Ryan, who is part of the Midland Thunders Inline Hockey Rink.

“The rink is the only rink in the south of Ireland, the only other one on the island being in Portadown Belfast,” John explained.

“We have numerous clubs from Belfast, Dublin, Galway, Mayo, Kilkenny and Cork as well as the club Midland Thunders here in Longford.

“We have under 10s, under 14s, under 18s and adult leagues and competitions weekly.”

But the rink relies on revenue from games and competition leagues, as well as memberships, none of which are funding the facility during the Covid-19 restrictions.

“According to the government it could be as late as August for a return of such sports,” said John.

“We still need to pay rent and utilities and there seems to be no financial help from anyone.”

In an attempt to save the rink from closure, John has set up a GoFundMe campaign to raise funds to keep the premises going until games and competitions can once again take place.

To donate, visit GoFundMe.com and search for Save Longford Inline Hockey Rink.

“It is a wonderful place for young children to learn how to skate and play inline hockey,” said John.

The rink is currently closed due to government restrictions but it is hoped that it will be back in action in September.