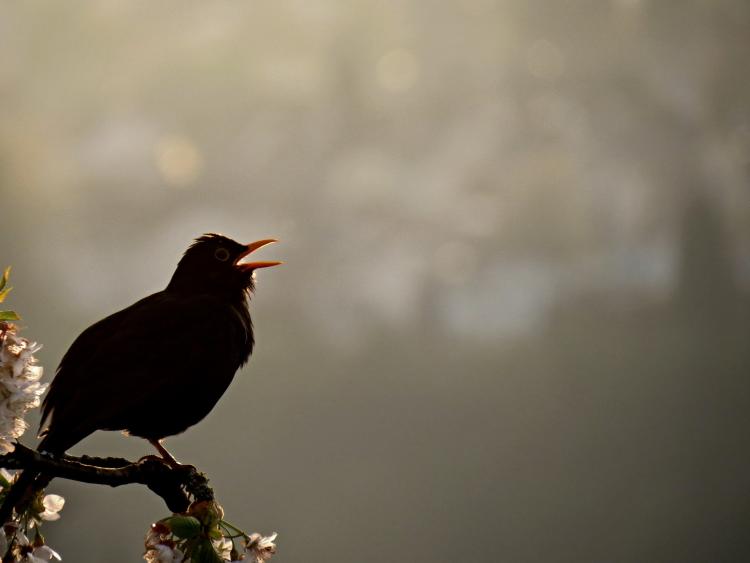 For the past six weeks or so, I’ve never gone any further than the village of Ballinalee.

When one walks in relative stillness, although recently there has been a marked increase in traffic, one is affected and informed by the countrysides natural sounds.

At certain times of day it is very silent, and one of the things that everyone seems to have become aware of is birdsong.

It causes us to study more carefully the tiny creatures who can burst forth with such gusto that one would imagine no such tiny birds could muster up such heavy tuneful and sustained notes.

The best time to listen to the birdsong is dawn, a time when it is worth getting up, and will be rewarded with a symphony of sounds, each distinctly different, as birds reclaim their area for the coming day.

I sat outside listening to the chirruping and whistling from almost every tree, and bush, and, if you look carefully - long enough to accustom your eyes to the foliage - you’ll spot a few birds.

But most are almost impossible to see.

It’s strange how the human eye, which is, itself, an incredibly complex construction, finds it hard to discern the birds in the trees.

Nature has devised it so.

In the same way that it’s hard to spot a fish in the water, or a pheasant in the fields, or even something moving in the grass.

Nature has its own way of ensuring that anything that needs protection, is protected by the camouflage that is afforded by the shade of the grass, and by the ability of tiny animals to avoid contact with humans.

Of course all animals are threatened with other creatures, but that’s nature.

Currently displaying all her beauty in the skies, in the trees, in the gardens, in the fields, as nature is being given a long overdue rest.

Hopefully, it will continue to be allowed some rest time, this time, before being swallowed up by humans, the only species capable of bringing it all to an end.