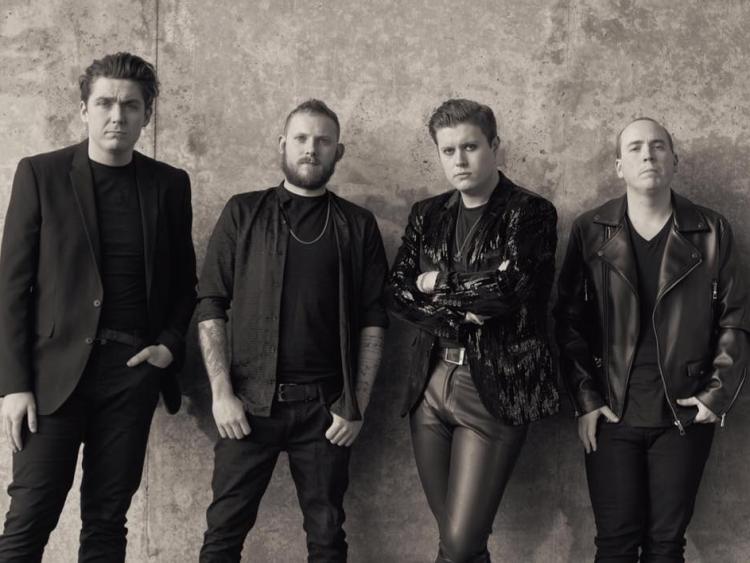 With the lockdown extended for a further two weeks and the government introducing a phased roadmap to reopening the country, there are plenty of things we’re going to miss out on over the coming weeks - music events being one of them.

But one band is doing its best to ensure they don’t fall off the rader, even if they’re separated during this Covid-19 pandemic.

In fact, State Lights will be releasing their latest single, Don’t Make Plays On My Heart, this Friday, May 8.

“It is a bit of a stylistic departure from our more recent singles,” said Joe Regan, the band’s guitarist, who is also a Granard native.

“It’s definitely more of a straight up rock song than what’s come before. We have many sides to our music that we’ve flirted with revealing before, and Don't Make Plays is definitely the beginning of us actually doing that now.

“The people around us who have heard it so far are big fans, so that’s a good sign.”

The song is about that person in your life that sometimes you wish you could forget, Joe explains - the person that seems to constantly come back into your life and cause old ground to be dug up.

“The repetitive vocal line Don’t Make Plays On My Heart is an attempt to warn the person to stay away and not attempt to manipulate you,” said Joe.

While this single does introduce a different style to what we’re used to with State Lights, it’s certainly a style to which the entire band can adapt easily, making it sound like this has always been their style - but there’s nothing new there.

When State Lights released Lonely more than a year ago, it too was a different style to previous singles. And yet, it suited the four lads just as well as all the tunes that came before it.

Speaking of Lonely, Joe and his three bandmates, Shane (Shobsy) O’Brien, Paul Ridgeway and Noel Perry, have been keeping themselves busy while in isolation, by putting out isolation versions of their singles on their social media channels.

Shobsy, as frontman, has also done a few live Facebook performances, including one on April 25, when the band was supposed to perform their Button Factory gig, which has been postponed to October 15.

“Yeah that was a real shame, but obviously it was postponed for a very good reason and we completely understood,” said Joe.

“Before the lockdown even happened we knew it was going to have to be pushed off, so we moved quickly to rearrange it to October 15. We hope by then that this thing has been gotten under control in some way and that people can go back to as normal a life as they can.

“There’s no guarantee, but we have to hope. The most important thing for now is that we stick to the restrictions that are in place for as long as the department of health recommends.”

The live performance on @StateLightsMusic Facebook page has had more than 10,000 views since it was aired, and other social media platforms have also received huge support.

“It was really great. We were quite surprised at the amount of people who tuned in both on Facebook and Instagram, and sent their very kind support and well wishes,” said Joe.

“It was really heartwarming to see and Shobsy did a great job of carrying the load. We all would have loved to do it together of course, we’re all really missing each other.

“We talk everyday, whether it be regarding something we’re working on or just to chat in general to see how we’re feeling. Everybody is good and most importantly, healthy.”

Musicians across the country are adapting to these strange times where live gigs are prohibited and free Facebook performances are being lapped up by those of us who are isolating at home.

“We’re lucky in a way to do what we do, because even in a time like this, you can continue to be creative and write new songs,” said Joe.

“So we’ve been doing that a lot. The lads also have recording set ups in their homes, so we’ve even managed to record new stuff! Over 20 songs to be more specific,” he laughed.

“We’ve stayed productive by doing that and also through recording and filming some live self-isolated performances of songs we’ve already released.

“They’ve helped us stay busy on social media and have kept people engaged with us through this time.

“So between our new single coming out, having time to record loads of new material, and filming some quarantined performances, we’ve actually been very busy during this time,” he said.

Don’t Make Plays on My Heart will be available to download or stream from Friday, May 8.

State Lights will perform a live gig in the Button Factory, Dublin, on October 15. Tickets are available via ticketmaster.ie.