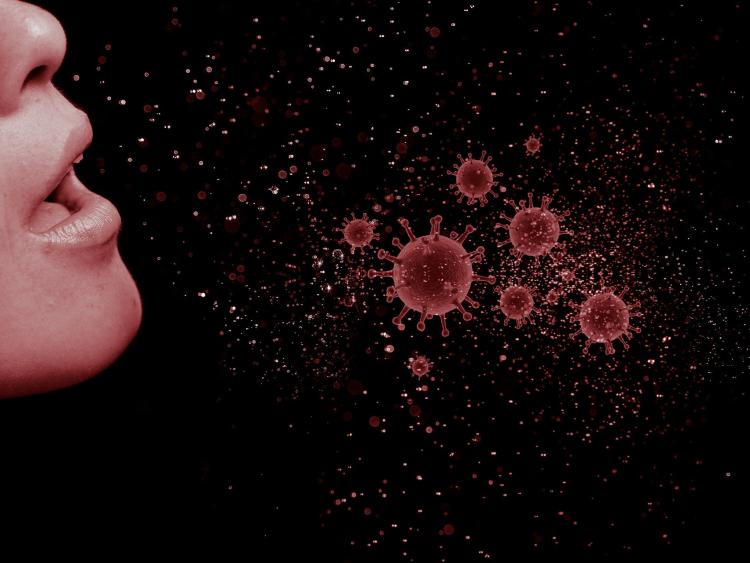 Judge Seamus Hughes has hit out at people who think it's funny or appropriate to cough, sneeze or spit in the faces of gardaí during this Covid-19 pandemic following the appearance of a man who did exactly that at a party in Athlone last night.

Jozef Gabor of 55 Castlehill, Castlerea, Roscommon appeared at Longford District Court this morning charged with the assault of Garda Jonathan Noone.

He and another man, Roland Klempar of 73 Abbeyville, Galway Road, Roscommon, who was charged with being abusive towards gardaí, were remanded in custody due to the serious nature of the incident.

Both men travelled from Roscommon a number of days ago to the home of Mr Gabor’s father at Slí na Choiste, Athlone, Westmeath.

Prosecuting garda, Sgt Sandra Keane, explained to the court that on Easter Monday at approximately 11.10pm, gardaí were called to the scene of a loud party and, on arriving at the property, spoke to the tenant who invited them in. Gardaí found there were seven intoxicated males and two children in the house.

Gardaí advised them of the social distancing restrictions and Mr Gabor became abusive towards Gda Jonathan Noone, shouting “where’s my two metres?”

Mr Gabor then “sneezed in an exaggerated manner” towards Gda Noone’s face while standing less than a metre away from him, and shouted “there’s your coronavirus”, Sgt Keane explained.

The Director of Public Prosecution is currently preparing a file and there could be further charges pending, the court heard.

“There has been so much publicity around gardaí disbanding groups of youths and a huge public horror that any young person would do something like this at a time like this,” said Judge Seamus Hughes in Longford District Court this morning.

“The country has been brought to its knees by this pandemic and this fella is out having a good time. Gardaí are first responders and they did their job well.”

When Mr Gabor stood up to give his own version of events, Judge Hughes insisted that he stand further away.

“In fact, he should be standing down the back, surrounded by gardaí wearing Personal Protective Gear; he has said he has Covid,” he said.

Addressing Judge Hughes, an apologetic Mr Gabor said that he does not have Covid-19 and explained that his father is ill with rheumatic fever and that he and his brother-in-law travelled to Athlone to see him.

“He’s denied he has Covid-19. We don’t know whether he has or not. We all take precautions of social distancing to avoid getting it. He might have it. I’m not very happy with him being present in this building,” said Judge Hughes.

“Thankfully, we don’t come across this type of offence all the time but this is too serious and the public are demanding that all organs of the state take whatever action necessary to prevent this spread. I’m remanding him in custody.”

Turning to the co-accused, Judge Hughes heard that Mr Klempar became abusive towards gardaí when they came to break up the party. When gardaí were dealing with Mr Gabor, Mr Klempar followed them onto the streets and continued to be abusive, resulting in his arrest.

Solicitor for Mr Klempar, Bríd Mimnagh, explained that her client had not spit or sneezed on anyone and asked that Judge Hughes grant him his freedom as he is a person of “previous good behaviour”.

“This is a unique situation. Ordinarily he (Mr Klempar) would get bail. But I am remanding him in custody,” said Judge Hughes.

“Let the message go out that in this district, if anybody does what the accused have done, they will be remanded in custody.”

Both men have been remanded in custody to this Friday, April 17, in Harristown District Court for DPP directions.