Further remand in custody for two on €200,000 Ballymahon drugs bust 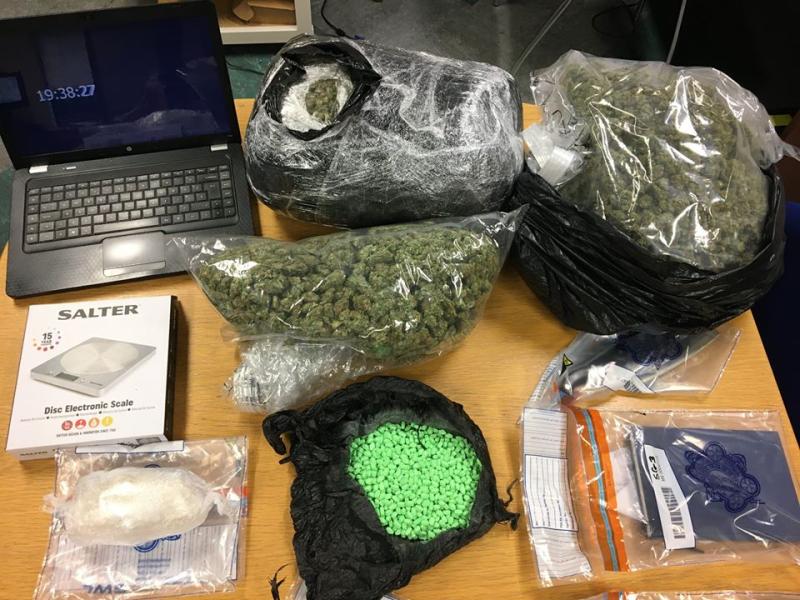 €200,000 worth of drugs seized by gardaí from the apartment

Judge Seamus Hughes has recommended a medical assessment and appropriate treatment for one of the men in custody following a €200,000 drugs bust in Ballymahon earlier this month.

Konrad Semeniuk (30) and Konrad Skupinski (31) of 36 Main Street, Ballymahon, were arrested and charged with possession of €100,000 worth of cannabis, €70,000 worth of cocaine and €30,000 worth of MDMA after armed gardaí raided their home and discovered the significant amount of drugs.

Defence solicitor Bríd Mimnagh explained to the court that, at the special court sitting, Judge Alan Mitchell had recommended medical treatment for Mr Semeniuk, but he had not yet received it.

“He says he’s suffering an awful lot with the pain. He has no pillow for his foot or proper facilities (in the prison),” said Ms Mimnagh.

“He should furnish that to the governor,” said Judge Hughes, asking how Mr Semeniuk had managed to fall off the roof.

Ms Mimnagh explained that her client didn’t know it was the gardaí coming into the house and that both men had tried to escape through the window and via the roof.

She added that her client had said he wouldn’t have tried to escape if he had known it was gardaí.

“Do you see that guard with the big badge on his jacket the size of a football?” Judge Hughes asked, gesturing towards one of the detectives who was involved in the drugs bust.

“Were you wearing that outfit?” he asked the detective.

“I was,” the detective confirmed.

“Well then he should have known,” said Judge Hughes.

Sgt Paddy McGirl told the court that the State was seeking to remand both men in custody to Harristown on May 5 of this year.

However, the two accused did not consent and were therefore remanded in custody to April 17.

“I recommend medical assessment and the appropriate treatment for the foot injury,” Judge Hughes added.