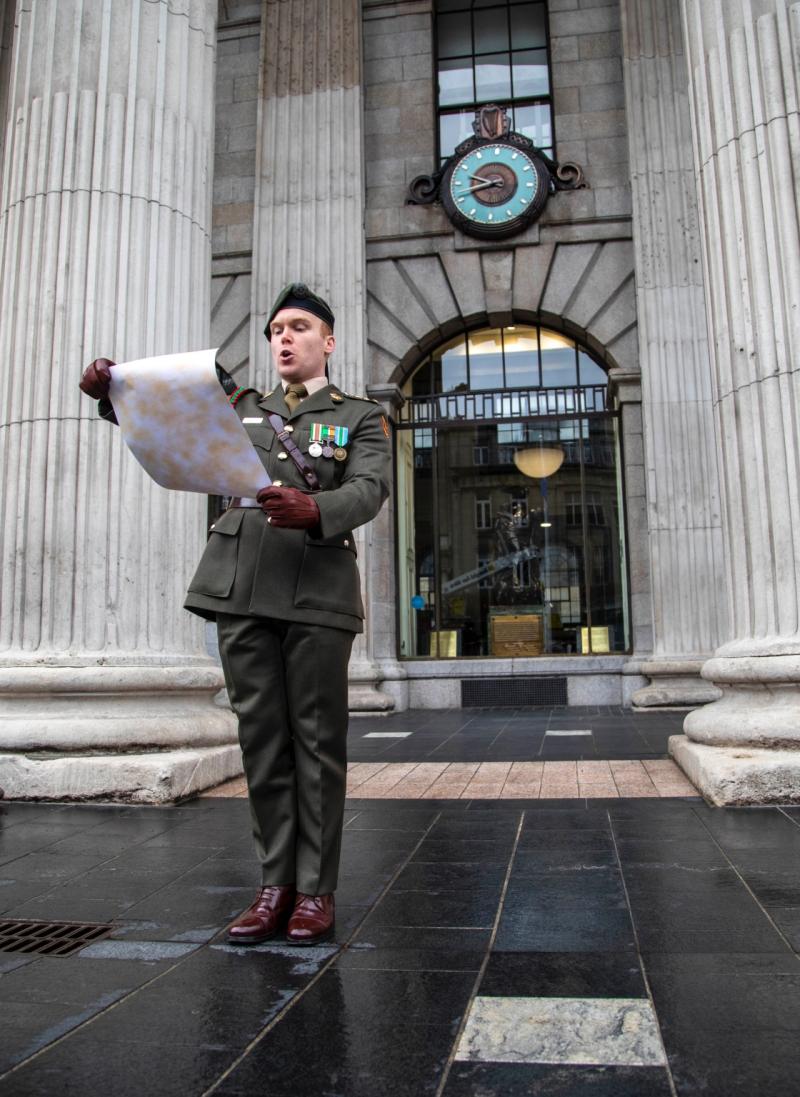 Ballinamuck's Captain Darren Reilly read the Proclamation outside the GPO marking the 104th anniversary of the 1916 Easter Rising earlier this afternoon.

President Michael D Higgins led a televised commemoration of the 1916 Easter Rising from Áras an Uachtaráin.

There was no public involvement this year due to the restrictions imposed to deal with the coronavirus outbreak.

Longford's Capt Darren Reilly of the Defence Forces read the proclamation outside the GPO on Dublin's O'Connell Street.

"Well done to Darren Reilly who had the great honour of reading the 1916 Proclamation from the GPO on Easter Sunday," explained Club PRO Pauric Gill.

Cpt Darren Reilly reads the Proclamation outside the GPO marking the 104th anniversary of the Easter Rising | https://t.co/Cs7vVXApRT pic.twitter.com/twa8VvK1Ou

Capt Darren Reilly reads the Proclamation outside the GPO at a ceremony marking the anniversary of The Easter 1916 Rising. The ceremony was reduced in line with @HSELive #COVID19 guidelines. #ÓglaighnahÉireann would like to wish the people of Ireland a safe and #HappyEaster pic.twitter.com/bqgY07tvRw