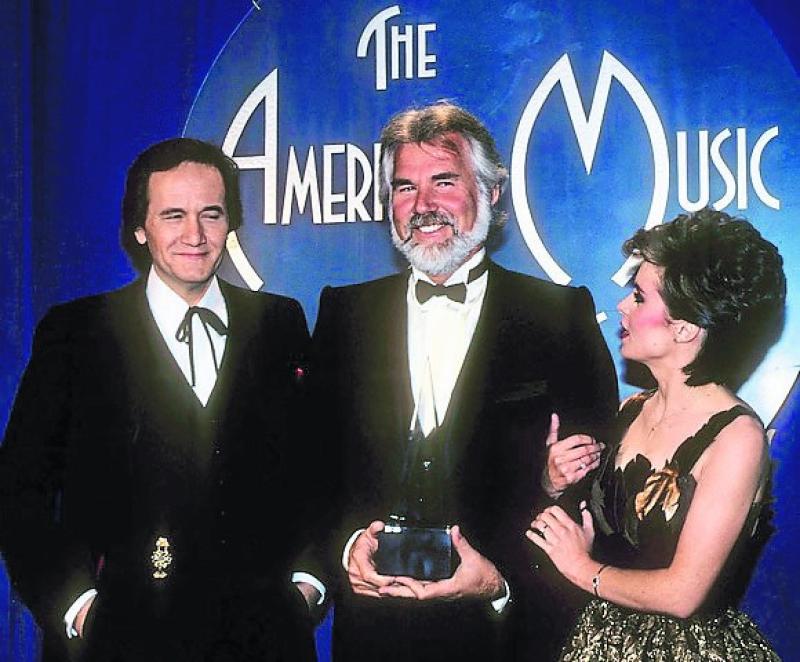 Anyone who hears the line “You’ve got to know when to hold ‘em; know when to fold ‘em...” thinks immediately ‘that’s Kenny Rogers!’

Rogers died last Friday late in the evening at age 81.

One of the mega stars of the music business, he accumulated a net worth of $250 million in his lifetime.

Yet, at this time of the dreadful virus, it puts everything into perspective. Nonetheless, Kenny Rogers was one of the most consistent artists ever to stand on stage, and indeed, that IS measurable simply by his incredible wealth.

At the height of his powers, in the mid seventies, he became one of the highest earning artists of all time for a period.

I heard him live, one night back in around 2002/3 when he did a live television broadcast from the Sony Studio in New York, and one thing I remember from that night was how he recounted that one of his biggest hits “Ruby”, which was originally recorded by Mel Tillis - also an important country artist, and writer.

Later Rogers heard it when Roger Miller recorded it. He was smitten.

He couldn’t get it recorded, because the record company said it would not be played in the US. He begged for the time, and they humoured him and he recorded it in 20 minutes, at the end of a session.

The record company assumed it would just be an album track, but when Rogers appeared on the Tom Jones UK TV Show, he chose Ruby, still believing it was a potential hit.

Tom Jones was becoming a big item in the US at the time, and his TV show was broadcast almost worldwide.

The Show was broadcast in America, where the audience saw Rogers perform Ruby - the first public airing it received in the US.

It became a number one hit in the USA immediately.

Shows how happenstance affects all things, from time to time.

During the show in 2002, which was a ‘requests show’ Kenny - who wasn’t really a great singer, but had a unique vocal sound - said that he always “believed that his strength was finding great songs”.

Lucille, The Gambler, Ruby, Daytime Friends, etc., etc., were all No 1 hits worldwide. In fact he had 21 No 1 hit singles in the USA.

Rogers was really a pop artist until he recorded Lucille.

That was the song that launched him into Country Music.

Before that he was the lead singer in a pop group, First Edition.

A deliberate, definitive artist, who could be described as one who lost his looks through surgery. It never interfered with his voice, however. He could choose a hit song through all his life.Kenny Rogers; born 30 August 1938 in Houston, Texas. - RIP 20 March 2020.