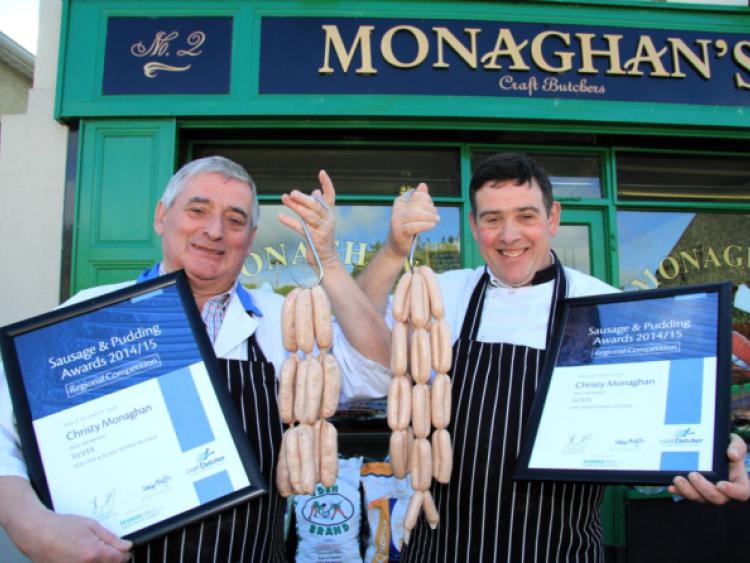 The coronavirus may have brought the county and country to a virtual standstill but that didn't stop a Cavan journalist chancing his arm for free handouts in Longford town this afternoon.

Local butcher and county councillor Martin Monaghan said the sudden closure of businesses around the town, while disappointing, had actually sparked an upturn in his own family run enterprise.

"Our footfall has improved with the closure of all the restaurants and the eateries people are eating at home and that has only improved us."

Mr Monaghan said despite the upheaval of recent days it was imperative businesses and the local community pulled together.

"I think we just have to follow the rules and regulations sent down.

"A lot of businesses will be in trouble after this, but this is what we unfortunately have to do to make sure things stay ok again in the future for ourselves," he said.

The Fianna Fáil local politician conceded that while a certain percentage of local firms already closed might not recover from the growing threat of Covid-19, now was the time for councils, state agencies and Ireland's current government to stick together.

"I believe some (businesses) may not open again, yes.

"This has been a major hit and we need some kind of financial backing from local and national government to help what's happening in the town.

"It won't set us any further back than any of the other counties that are impacted. Everybody is in the same boat. It's not just a localised thing, it's a national thing."

As part of the current health crisis, Monaghan's Butchers have rolled out a delivery service to its customers as part of ways to uphold social distancing protocols.

Mr Monaghan said he believed shops and local towns would start to return to some semblance of commonality by mid May and hinted at the possible introduction of more draconian measures to halt the spread of Covid-19.

"I think you might normality again in about six or seven weeks.

"I do think there will be more measures brought through. All we have to do is look at what has been happened on a European level. We are no different from any other country in Europe and I think our protocols are just going to follow the same lines," he said.

"Legislation had to change at some stage because of our antiquated laws in several different departments. I think you are gradually going to see a slowdown and a lockdown of it, but we will do it in a more timely and mannerly manner than what's happened.

"We seem to be ahead of the minute of most countries in Europe, we have reacted a lot quicker but we are learning on the fact that other European countries have had to do this."

On a more light hearted note, this Cavan journalist when chancing his arm for the possibility of some free food coming his way was told: "The only thing that's free in here Liam is advice."