Granard roadworks given unanimous thumbs up 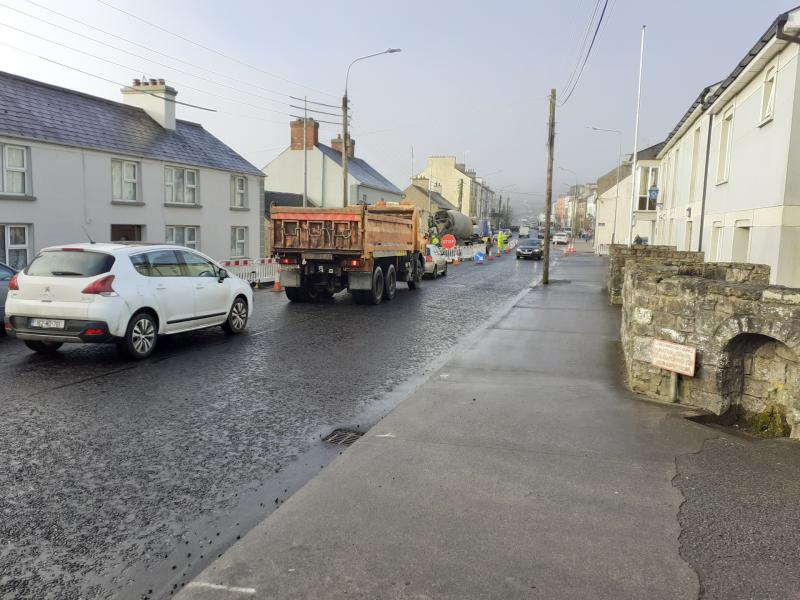 This was the congested scene in Granard last Friday as motorists made their way to work. Despite lengthy delays, local businesses and politicians have welcomed the road improvements

It's not very often roadworks come in for wholesome praise.

But that's exactly what transpired last week in Granard as large-scale road improvements took hold in the north Longford town.

And for local businesses, despite the incovenience of long delays of traffic for most of last week, the overriding consensus was one of quiet acceptance.

“The works had to be done, what can I say?” Canice Dunphy of SuperValu in Granard said on Monday.

“The traffic coming into town was a bit crazy alright and most of the tarmacking was done at night.

“The footpaths maybe could have been managed a bit better but they (contractors) will say from a health and safety point of view, that's the way they had to work. It's done now and it's a good job.”

Local Cllr PJ Reilly was just as fervent in his appraisal of the works carried out.

“It was a great to see the works being carried out,” he remarked.

“I know it was an inconvenience to the public but it was something that was very much needed in Granard and will be of great benefit to the town going forward.