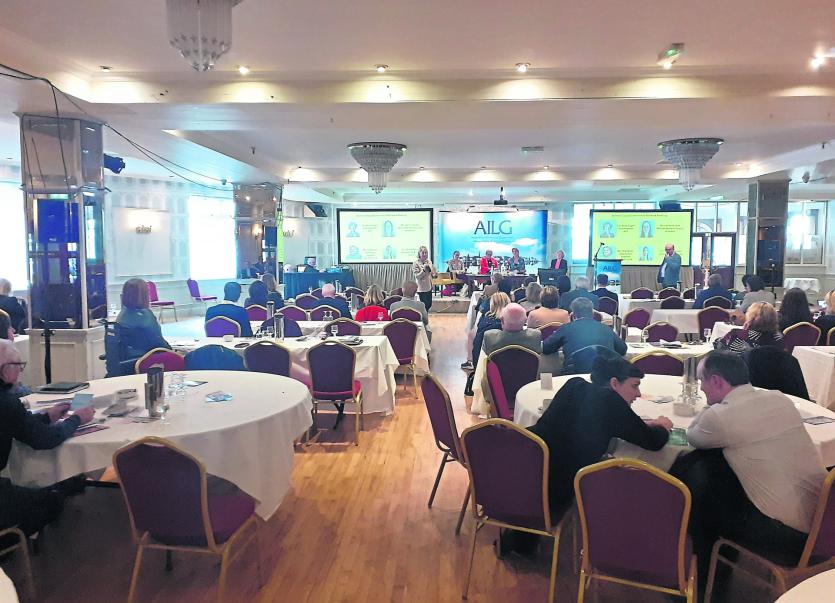 Longford's local economy was given a welcome tonic last week as hundreds of local politicians descended on the county for the the Association of Irish Local Government's Annual Conference (AILG).

It was the second year in succession the county hosted the annual gathering with the Longford Arms Hotel once again providing the backdrop to the body's yearly two day event.

“It has been a great event for the AILG,” he told the Leader on the second day of the conference.

“We have changed our format and the  way we have done things. We focused very much on the whole issue of climate action and looking at it from a local leadership perspective.

Environmentalist and television personality Duncan Stewart, together with Just Transition Commissioner, Kieran Mulvey were among the keynote speakers across both days of the event.

Both chose to highlight the ongoing challenges facing Ireland in its attempts to address climate action as well as the demands it looks set to place on communities across the midlands and beyond.

“We had excellent speakers last night, Duncan Stewart and Kieran Mulvey and it gave councillors a great insight into the challenges ahead and where councillors need to focus their energy and how they can assist communities going forward,” added Cllr Cahill.

“It has given people a flavour of what's going on in Longford and the immense possibilities there are in the midlands.

“More so, it has given Longford an opportunity to  showcase itself and send out a positive message about this great county.”