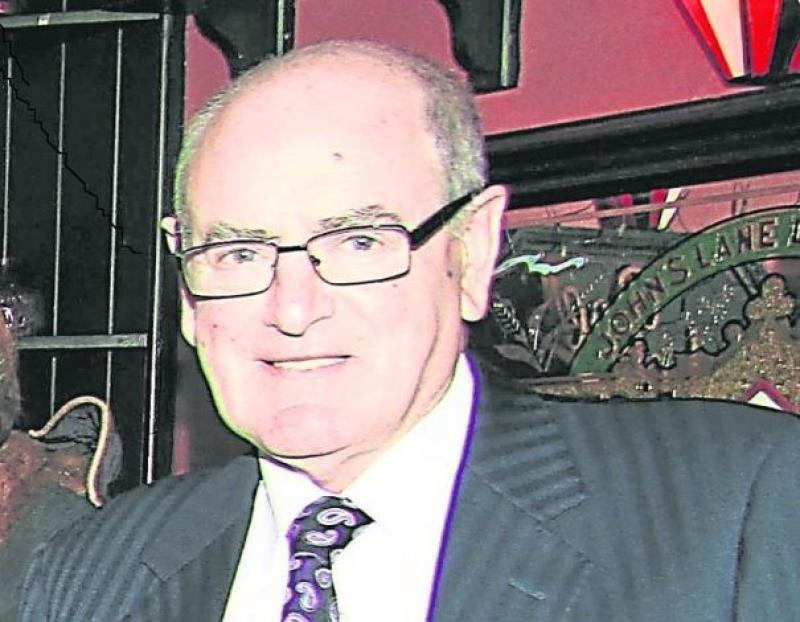 St Mary’s Church in Granard was full to capacity last Saturday as the north Longford town bid farewell to one of its most esteemed and well respected citizens - the late Paul Fay.

Originally from Co Cavan, the jovial father of three was one of this region’s most successful businessmen, but was above all else a proud family man first and foremost.

Having met and married the love of his life, Carmel (nee Berry), the pair set up home in Granard and quickly established themselves as being key members of the local community.

The couple soon launched themselves into the local licensing and bookmakers industries, endeavours which would see them open a number of outlets across the country.

A highly regarded Granard Town Councillor for many years herself, Carmel’s passing almost seven years ago undeniably left a deep void in the Fay household and the wider Granard community fabric as a whole.

Despite his own travails with illness, Paul continued to battle on bravely and would routinely be seen at race meetings and festivals nationwide.

One of those who often frequented his company at such events, local Cllr Turlough ‘Pott’ McGovern, said his passing had left the town of Granard, its surrounding environs and the local horseracing industry reeling.

“I would have gone racing with Paul quite a bit over the years,” said the Independent councillor.

“I’d have known him all my life in Granard. He was a very informed man and not just racing, he had a great knowledge of sport.

“He was a good old character and his connection with the McManus’ was something that will never be forgotten.”

Fellow Granard Municipal District Cathaoirleach Cllr PJ Reilly was just as wholesome in his praise of a man who always held the interests of Granard and its people uppermost in his mind.

“Paul originated from Cavan and married a local girl Carmel Berry before setting up business in Granard.

“He always retained a great interest in the town and its future," he said, while noting how regardless of his own battles with illness Mr Fay carried that fight with unerring steeliness and determination.”

Paddy Dunican, Kilbeggan racecourse manager, told of his two and half decade long association with a man who would go on to be one of his closest friends.

“We are all very saddened to hear of the sad news of Paul Fay’s death,” said Paddy.

“Firstly, I want to convey my deepest sympathy to his daughter Sinead and sons Darren and Paul.

“Paul’s passing is with great sadness, he was a gentleman, a great friend, a great character, and it was an honour to have know him and to be in his company.

“Paul and his family are great supporters of Kilbeggan Racecourse and have been sponsoring a race with us over the years in memory of his late wife Carmel.

“Paul loved horse racing and will be sadly missed and fondly remembered by everybody that knew him.”

At his funeral mass on Saturday, crowds lined the inner confines of St Mary’s Church to near capacity.

Local parish priest, Fr Simon Cadam referred to one of the reading’s contained in the service and in particular to Mr Fay’s own sense of conviction both in his own spirituality and professional life.

“There was a very appropriate second reading that described how I have fought the good fight, I have kept the faith and run the race to the finish.

“On behalf of the community, I extend my very deepest sympathy and acknowledge the great contribution that Paul has made to the building of this community.

“Himself and his late wife Carmel were a light for our community and we remember him with great gratitude.”

The late Paul Fay was laid to rest inside the grounds of Granardkille cemetery following funeral mass.