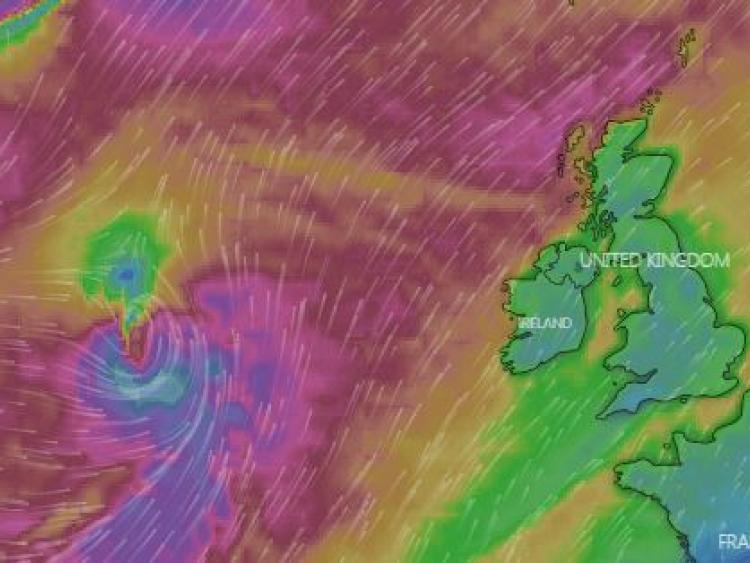 Forecasters warn of Storm Dennis heading for Ireland this weekend

The UK Met Office has officially named a potentially damaging new storm system barreling towards Ireland and the UK this afternoon.

Storm Dennis looks set to bring “widespread strong winds and heavy rain” and gusts of more than 70mph are possible over hills and coastal areas, the Met Office said.

Weather Alerts Ireland warned: "Storm Dennis will bring strong winds and more heavy rain and a chance of coastal flooding on Saturday to Ireland and the UK."

The storm is set to begin impacting Ireland and the UK on Friday and through the weekend.

Offaly forecaster Cathal Nolan from the Midland Weather Channel said: "Storm Dennis has been named by the UK Met Office and will make its impacts felt across the country during Saturday as heavy rainfall and strong winds become widespread for a time.

"Rainfall is likely to be the greatest risk from Dennis due to the elevated level of many rivers across the country at present following Storm Ciara. Wind speeds may reach 120km/h along parts of the west coast in particular," he concluded.

Keep an eye on its progress here: