Flaherty picked up 2828 votes from Micheal Carrigy  after the Balllinalee candidate was eliminated earlier this evening, bringing his final total to 11,064.

There were jubilant scenes in the John McCormack Hall as Flaherty and Troy were held aloft by supporters followed by Peter Burke.  Speeches are underway.  More to follow.

The results of the tenth and final count in Longford Westmeath are as follows: 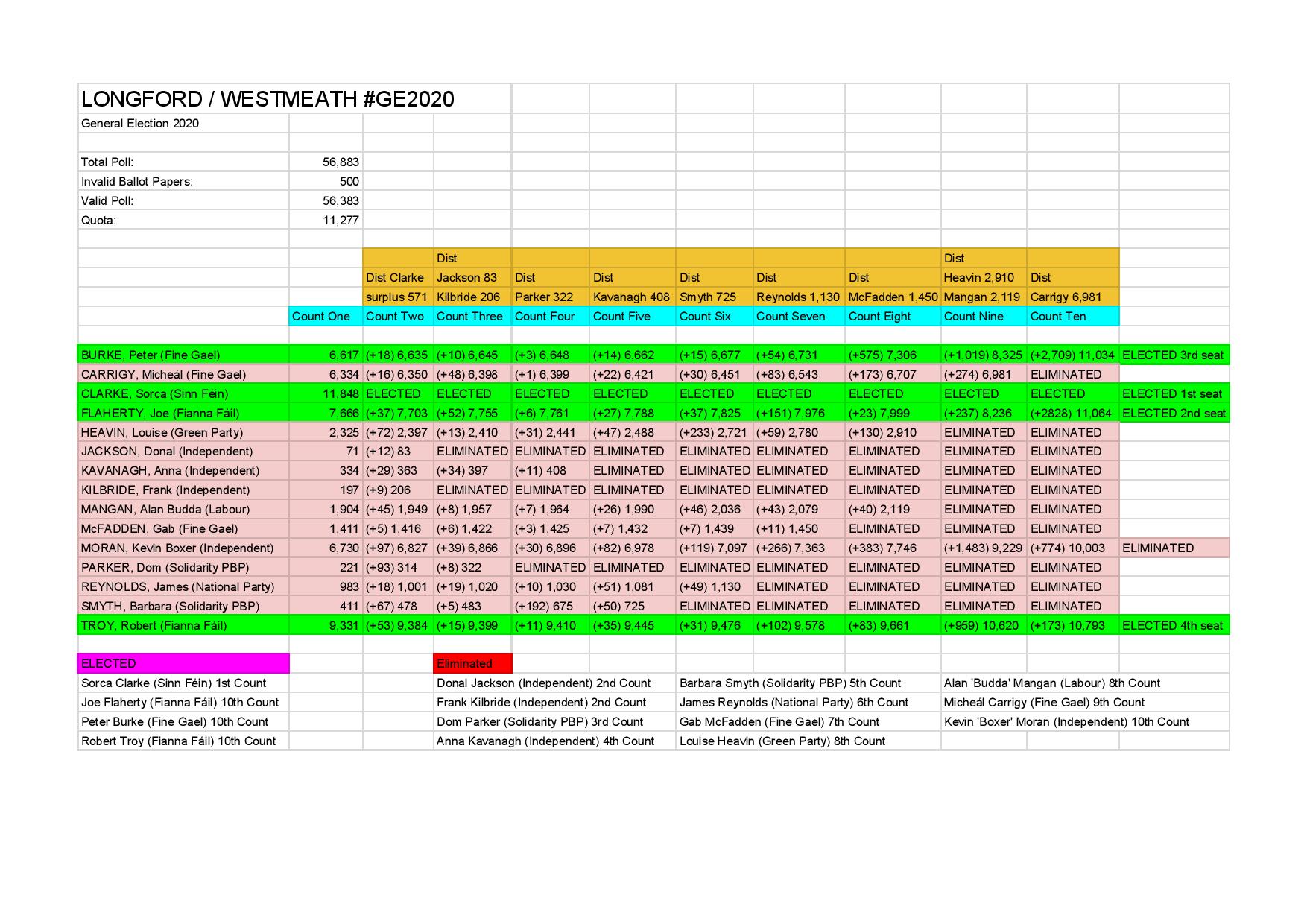