Longford Fine Gael candidate Micheal Carrigy has been eliminated on the ninth count in Longford-Westmeath with 6,981 votes. The  Ballinalee man was eliminated following the distribution of votes from Alan Mangan, Labour and Louise Heavin, Green Party.  Kevin Boxer Moran picked up a huge vote, 1,483 when their votes were distributed and this puts him in third place with 9,229 votes ahead of Peter Burke at 8,325 and Joe Flaherty at 8,236.

Micheal Carrigy's vote is currently being distributed and it is believed that around one third of that vote will go to Joe Flaherty of Fianna Fail while Peter Burke will benefit from at least 20% of that vote as well.

It is getting extremely tight here in Athlone as Micheal Carrigy becomes the king maker.  Everything hangs on his votes now.

The results of the ninth count in Longford Westmeath are as follows: 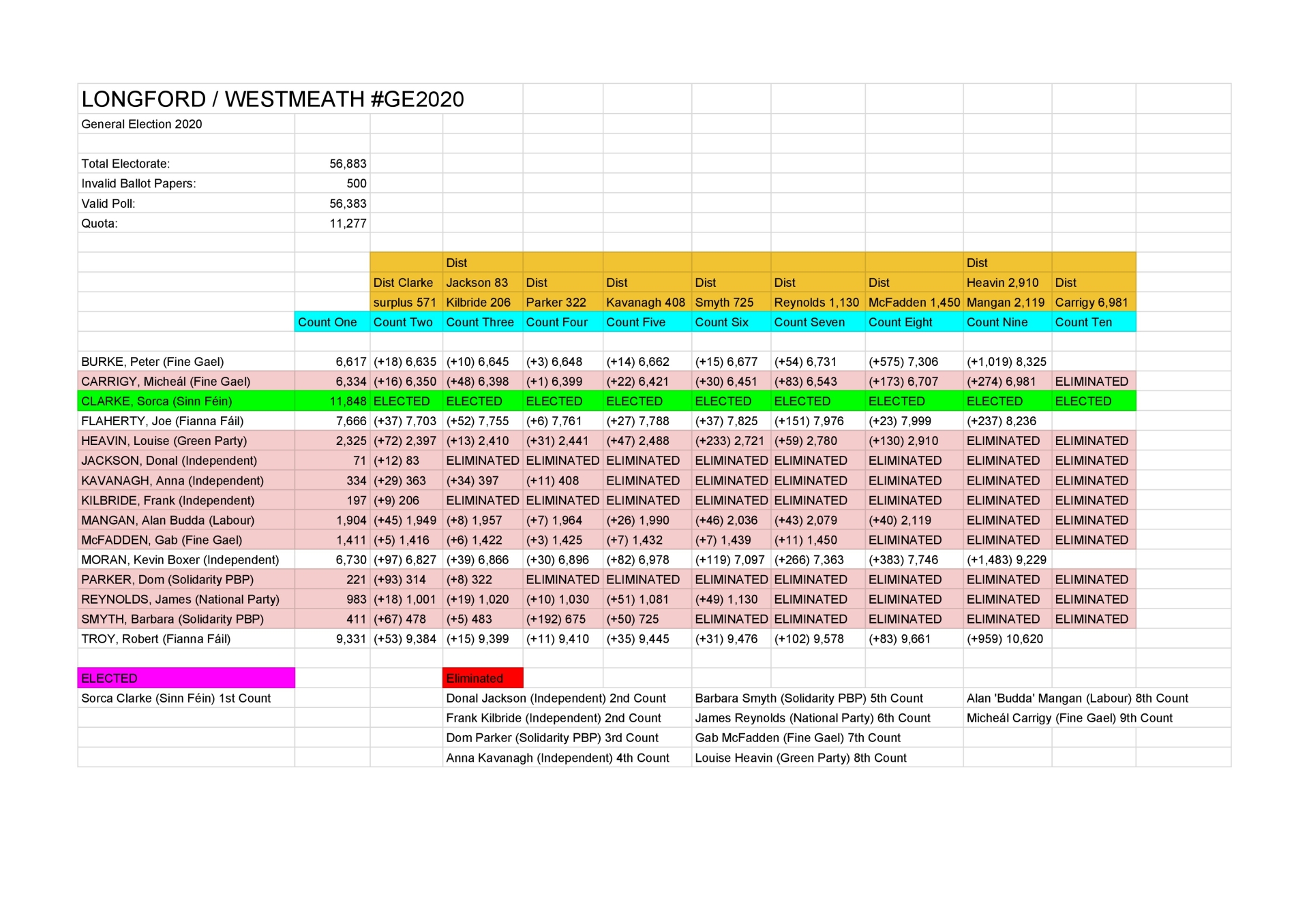