Boxer, Burke and Carrigy in major battle for final seat in Longford/Westmeath 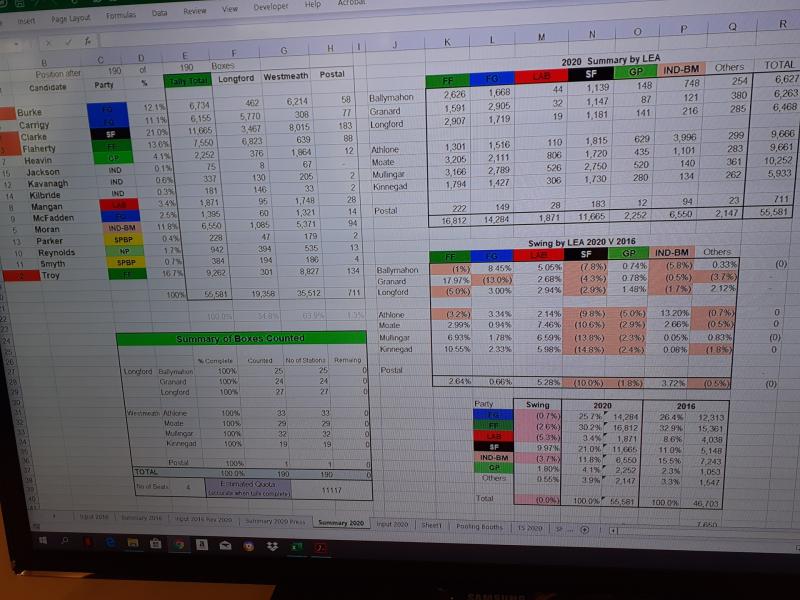 A final breakdown of tallies taken from the Longford/Westmeath constituency

Two of Longford/Westmeath's sitting TDs Peter Burke and Kevin 'Boxer' Moran are fighting to save their political careers after tallying in the 2020 general election came to a close this afternoon.

It comes following the poll topping exploits of Sinn Féin's Sorca Clarke which looks set to see the former Westmeath County Councillor elected on the first count with over 11,600 first preference votes.

She is poised to be followed by Fianna Fáil's sitting TD Robert Troy on around 9,200 first preferences with party colleague Joe Flaherty currently occupying third spot on 7,550.

But it is the battle for the fourth and final seat which promises to throw up the biggest story and talking point of the election as both Mr Burke (6,734) and Mr Moran (6,550) fight to hang onto their Dail seats.

Fine Gael's Micheal Carrigy is not out of it either on 6,155 in what promises to be one of the most closely fought general elections in recent memory.