Flaherty edges ahead in early tallies taken from Longford boxes 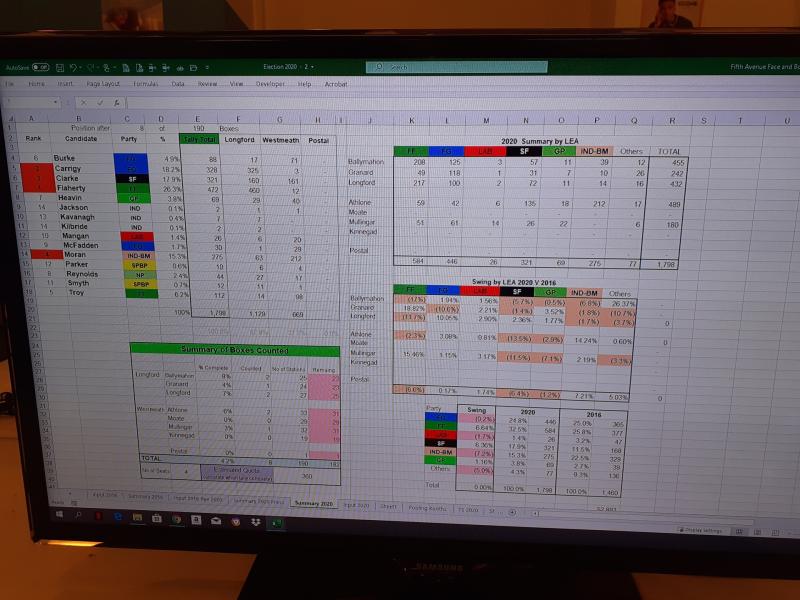 An early snapshot of boxes opened in Longford

Fianna Fáil's Joe Flaherty has nosed in front ahead of nearest rival and Fine Gael opposite number Micheal Carrigy in the race to secure one of Longford/Westmeath's four Dail seats.

From an early take on eight boxes opened in the Longford end of the constituency, Cllr Flaherty currently sits on 26 per cent of the vote, some eight percentage points ahead of Cllr Carrigy and Sinn Fein's Sorca Clarke on 18 per cent.

Both, however, are expected to build on those figures once boxes from the Westmeath end of the constituency are collated.

One early sign however, is the strong showing of former Westmeath County Councillor Sorcha Clarke, who looks set to be very much in the mix to secure a seat.