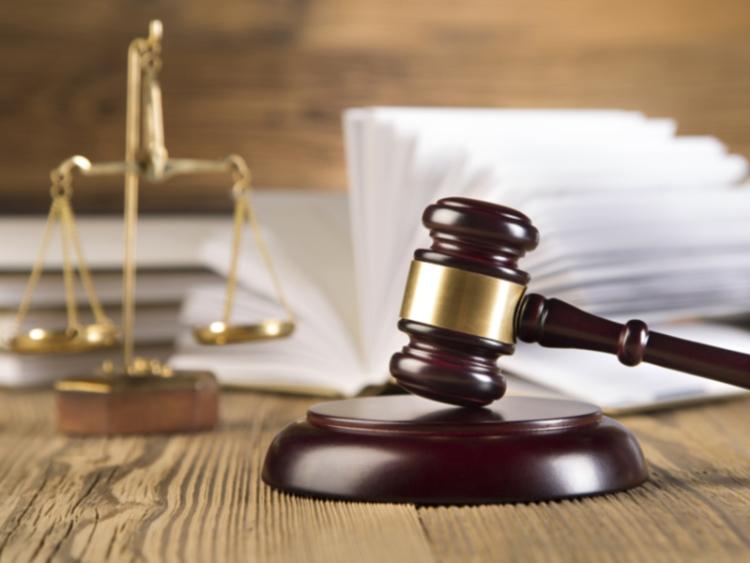 A man who caused a serious fire in Edgeworthstown by lighting a piece of tissue and pushing it through the letterbox of a house in April 2018 after consuming several pints of beer and a number of lines of cocaine has been sentenced to six years in prison, with the final four years and six months suspended.

James Carroll, with an address at 3 Cloverwell, Edgeworthstown, appeared before Judge Keenan Johnson at the January sessions of Longford Circuit Court, and pleaded guilty to the charge of arson contrary to section 2 of the Criminal Damage Act 1991.

The court heard that on April 20, 2018, the accused embarked on “an alcohol and drug-fuelled binge” whereby he consumed 13 to 14 pints of beer and eight or nine lines of cocaine.

Mr Carroll and a friend returned to Edgeworthstown at approximately 3am on April 21 and went looking for a house party in Pairc Na hAbhainn, Edgeworthstown.

Due to their level of intoxication, the pair were turned away by the owner of the home and, on passing the house of Colette Conway at 33 Auburn Park, the accused lit a piece of tissue paper that he had in his pocket and attempted to put it through the letterbox of the house.

The letterbox, which had a draft excluder fitted with nylon brushes, quickly caught fire, with the flames catching on the PVC door of the house.

Ms Conway’s 21-year-old son, Aaron Parker, who was asleep in the house at the time, happened to wake up and, smelling the smoke from the fire, he ran downstairs to see the door was in flames.

Mr Parker immediately ran back upstairs, grabbed his keys and used them to open the burning door and run outside, the court heard.

Having alerted the neighbours, including a fireman who lived a number of doors down, Mr Parker ran back into the home to get his clothes before exiting again through the door which, at this stage was engulfed by flames.

After escaping the house, Mr Parker was suffering from smoke inhalation and was given water and an inhaler by a neighbour.
The fire brigade and an ambulance were promptly called and Mr Parker was taken to hospital.

The fire and smoke damage caused to the house resulted in an insurance claim of €25,835, the court heard. This was paid by Zurich, who insured the house.

“It is clear that this was an extremely serious offence and it is fortunate that Aaron woke up when he did as, otherwise, the court could be dealing with a case of serious injury and even fatality,” said Judge Keenan Johnson.

A victim impact statement submitted to the court by Colette Conway indicated that the fire left her and her two sons without a home.

Ms Conway and her 10-year-old son were obliged to stay with a friend while her 21-year-old son Aaron Parker stayed with his grandparents until the family secured a new home.

She described the effect of the fire as being hard on her son, Aaron, who suffered from anxiety and whose sleeping pattern was adversely affected as a result.

In her victim impact statement, Ms Conway explained that the incident had turned her family upside down and resulted in them being separated which was very emotional.

She also described having to start from scratch, which caused her a lot of stress and caused her hair to fall out.

“The court can fully accept what a frightening and terrifying experience the offending was for Ms Conway and in particular her son Aaron, who was on the premises,” said Judge Johnson.

“It was extremely fortuitous that Aaron woke up when he did and became aware of the fire. One shudders to think what might have happened had Aaron remained asleep and the fire caught hold while he was still on the premises.

“Even if the fire was caught before the house was engulfed, the smoke could have been enough to cause serious brain damage to Aaron if he inhaled it while he was asleep and indeed could have resulted in his death.

“The court hopes that Ms Conway and her sons can move on from this horrifying and frightening incident and it also hopes that today’s sentence will give them some form of closure,” Judge Johnson added.

In determining a sentence in the case, Judge Johnson took into account the gravity of the offence and the culpability of the accused, accepting that the defendant acted recklessly rather than intentionally setting out to commit arson.

“Nevertheless, the level of recklessness displayed by the accused was significant and reflective of a high degree of culpability,” said the Circuit Court Judge.

Aggravating factors in this case, Judge Johnson continued, included the fact that, upon setting the fire, Mr Carroll made no effort to alert anybody who might be inside the house or to ring emergency services.

The effect on the victims was also an aggravating factor, as was the fact that the accused endeavoured to “cover his tracks” by burning the clothes that he was wearing at the time he committed the offence.

An early plea of guilt, which saved the State the time, cost and expense that a criminal trial would have entailed, however, attracted significant mitigation, Judge Johnson explained.

The accused also expressed remorse for his offending and furnished a letter of apology to the victims, which the court accepted as sincere and genuine.

A number of character witnesses, which described the accused as hardworking, reliable and pleasant were also taken in mitigation.

The accused was also assessed by the probation officer who reported that he was at moderate risk of re-offending and that any previous convictions were minor and related to road traffic offences.

“It is clear that, at the time of the offending, the accused was in the throes of alcohol abuse and drug addictions. The court is advised that the accused is now drug-free and that should significantly reduce his risk of re-offending,” said Judge Johnson.

It was also revealed to the court that Mr Carroll is the father of four small children, the youngest of which are three-month-old twins.

The accused also told the court that he would borrow the sum of €5,000 from his father, to be made payable to the victim, and offered to pay a further sum of €5,000 as compensation for Ms Conway and her sons.

“It is clear that the accused is ashamed by his behaviour and the distress it has caused not only the victims, but also his parents, partner and his family. He appreciates that his offending has brought shame not only on himself, but also on his family,” said Judge Johnson.

Turning to the issue of sentencing, Judge Johnson said that the offence carried a maximum sentence of life imprisonment.

Taking into account the mitigating factors outlined, Judge Johnson explained that he was prepared to reduce that sentence to six years.

The Judge imposed the sentence of six years, but suspended the final four years and six months for a period of ten years, subject to a number of conditions, one of which was to remain drug free for the duration of the suspended sentence and to provide Gardaí or the probation service with urine analysis to confirm compliance with this condition.

Another condition was that the accused pay, by way of compensation, the sum of €10,000 to the victims, in two instalments - €5,000 to be paid forthwith, and a further sum of €5,000 to be paid within one year of his release from prison.

Judge Johnson concluded by backdating the sentence to January 16, 2020 - the day Mr Carroll went into custody.