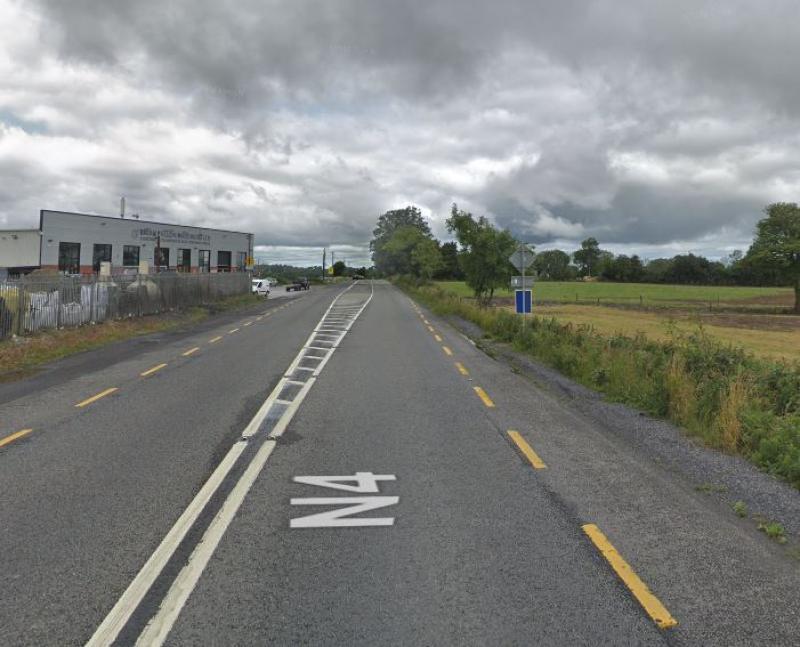 Local authority chiefs have announced plans to address an accident blackspot on the outskirts of Longford town following months of campaigning and lobbying by local politicians.

Roads officials plan to close off a right hand turn at Shroid along the main N4 which had previously been used to access a number of businesses.

In its place will be a new six metre wide slip road which is expected to run parallel to the existing N4 carriageway before linking up with the current main road.

Area engineer Eamon Bennett said the proposed changes would be advertised in today’s (Wednesday) Longford Leader before being put out for public consultation.

“It (plans) will go to public presentation and any parties can comment on it,” he said.

“It will then go back and a final preliminary design will be drawn up before going forward for design, then it will be put out to tender and the works will then be done.”

Mr Bennett said the changes formed part of a safety scheme to prevent any further accidents following a tragedy at the same location and more recently a serious collision along the stretch only a matter of weeks ago.

Cathaoirleach, Cllr Seamus Butler said the works had been something he and his fellow colleagues had long argued for.

“It is a blackspot and it will save lives when completed,” said the long serving councillor.

Her party colleague Cllr Gerry Hagan gave a more vitriolic response and questioned why no progress had been made in relation to the nearby White Rock Lane.

“Do we have to wait until we have a fatality before something is done down there?”

In response, Mr Bennett said despite Cllr Hagan’s concerns there was no additional monies available to carry out any works on the lane.

“There is no funding in 2020 for White Rock Lane,” he told Cllr Hagan.

“By all means raise it under Part VIII (under public consultation) but it won’t be included as there is no funding in place for it.”