Fostering a love and interest in poetry and writing in Longford 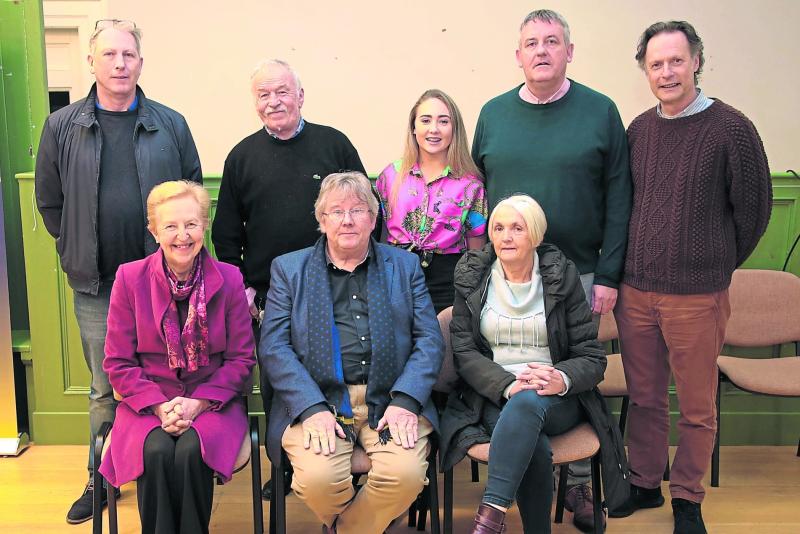 Budding Poets from across the country and indeed further afield will now have a major new prize to compete for, following the announcement of details of the newly upgraded Goldsmith Festival Poetry Competition at the launch event which took place last Friday night.

The Goldsmith Poetry Competition is organized in conjunction with the Goldsmith Literary Festival which is now in its 36th year.

Speaking at the event in the Goldsmith Room of Ballymahon Library, the Chairman of the Festival Committee, Arthur Conlon said, “We have always maintained a very high quality and standard of poetry in our competition, now we have an appropriate reward for this quality.”

He also said that the ‘Goldsmith’ brand was very strong and that it was important that the prize for the competition reflected that.

He also acknowledged the work done by previous organisers of the Poetry Competition, particularly Anne Tully from Edgeworthstown.

Well known local poet Noel Monahan, who has had over seven collections of poetry published, outlined in detail the significance of 2020 being the 250th anniversary of the publication of Goldsmith’s greatest poetic work, The Deserted Village.

He gave an insight into the continued relevance of the poem today and drew some very interesting parallels with the poem and current political and social topics. Mr Monahan remarked on the essence of poetry being “speaking with images”.

The coordinator of the Children’s competition, Ursula McGoey launched the Primary Schools Competition, which attracts a huge entry from primary schools in Longford and Westmeath. She spoke about the importance of fostering a love and interest in poetry and indeed writing from an early age.

The total prize fund of €800 would allow for a first prize of €500, with €200 for second and €100 for third. He also announced that, for the first time, online entry and payment would be available and that all further details were available on olivergoldsmithfestival.com.

POLL: Who should go to the Grand final of Snapshots from week one?