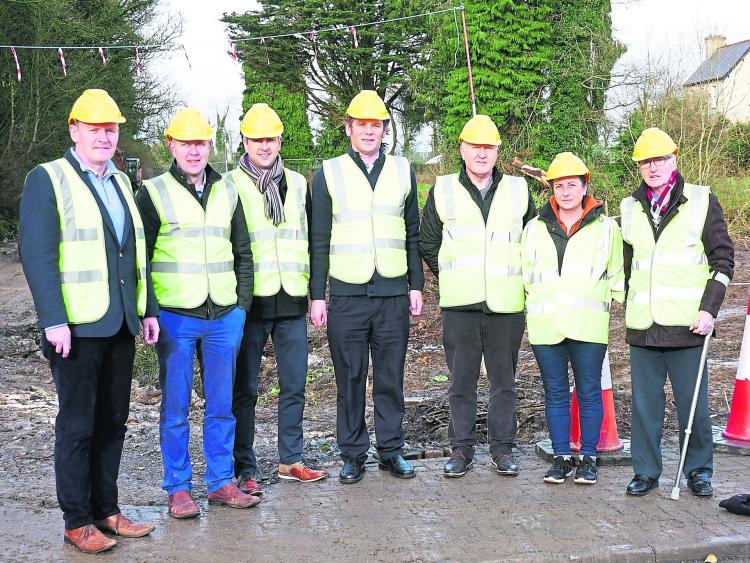 A new pathway currently being worked on in Edgeworthstown will be a “fantastic feature” in the town when it is finished, according to Cllr Paul Ross (FG), who proposed that funding be made available for the walkway’s completion.

The topic of conversation came up at the January meeting of Ballymahon Municipal District last week.

“This pathway started as a CLÁR-funded wall but there has been a lot of work done in the last six months to get a plan in place and work has commenced on a new walkway, which will be a fantastic feature. But the cost has risen substantially,” said Cllr Ross.

General election 2020: The big issues on the doorsteps

The new path will be raised up, fully lit and will incorporate a cycleway alongside the walkway and will be a safe area to walk to school or across town.

Cllr Ross proposed at last week’s meeting that €10,000 be allocated to the project from the special projects fund. His proposal was promptly backed by Cllr Mick Cahill (FF).

The funding will go towards the cleaning up of the track, lighting and completeing the amenity, which will provide safe passage for the entire community from each of the housing estates to some of the major locations in town.