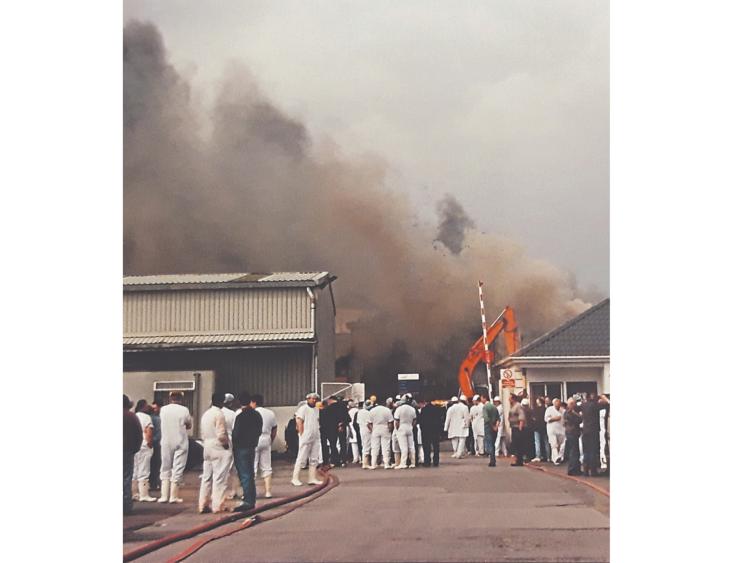 SnapShots: A unique trip down memory lane, with loads of fabulous prizes up for grabs. Send us your pictures which hold fond memories!

To show you how SnapShots will work, we have delved into the Leader files for a few pictures that tell a thousand words. You may think your attic is no match for the Longford Leader archive but you'd be wrong because SnapShots is really about showcasing the photos that matter to you.

The photo above is from the day the fire broke out at the Glanbia plant in Rooskey.  Mairead O’Shea former reporter with the Longford Leader was driving home from Carrick on Shannon court on that May afternoon in 2002 when she spotted smoke coming from Rooskey village.

She drove into the village to investigate and discovered that the Glanbia pigmeat factory, known to most of us as Hanly’s Meats, was on fire. She rang the story in to the Leader office and Mary Bracken, photographer, was dispatched to Rooskey to get some pictures.

The pictures from that day are dramatic as the smoke from the fire billowed in the blue sky all over Rooskey. Workers stood around totally dazed and helpless as the fire took hold.

At the time Glanbia indicated that they would reopen the plant. But a year later, the 450 workers were told that Glanbia had decided instead to upgrade its facilities in Edenderry and Roscrea. It was an utterly devastating blow both for the workers and the village of Rooskey.

SNAPSHOTS: Showing the craft of both the blacksmith and the photographer

Send us your photos
We want you to dust off the golden oldies, take a picture of your old picture and email it to us at pictures@longfordleader.ie. Include the names of anybody pictured and a few paragraphs on the story behind the picture and why it holds fond memories for you.

Poll
We will run a poll every week on longfordleader.ie and our weekly online readers can vote for their favourite image of the week.

Reminder: Email all entries - with a few paragraphs on the story behind said photo and why it holds fond memories for you- to pictures@longfordleader.ie. Hurry up, you don't want to miss out on these prizes!