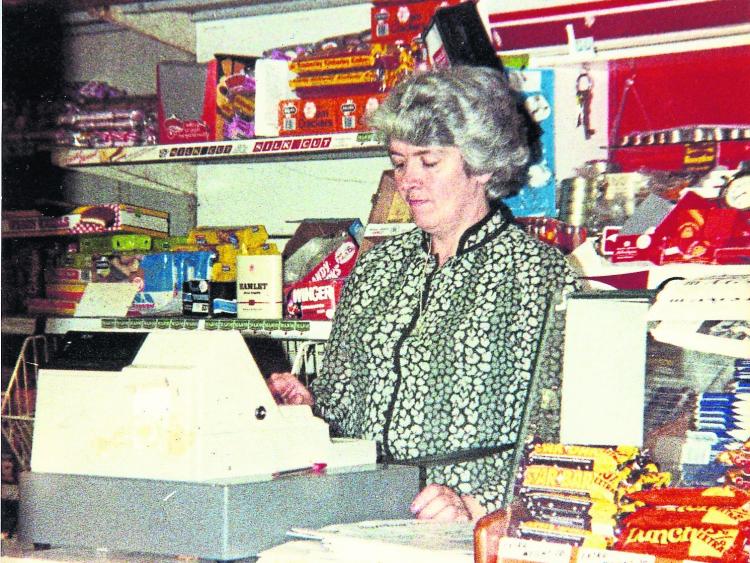 There is great sadness in Longford town and surrounds this week as news circulates of the death of a true legend. For more than sixty years the late Maura O'Brien (86) has been at the heart of the local community. A proud and devoted mother; a hard working business woman; a great champion for Longford but also a great advocate for equality and equal opportunities for women.

Maura was born née Bracken in Newtownbond in the parish of Killoe and in later years the family moved to Ennybegs. She grew up in a loving family and it helped ferment a boundless sense of charity and goodness in a woman who went through life hell bent on making friends and putting right the wrongs and ills of an unjust society. She had her trademark smile and infectious laugh. Always stylish and suitably reserved, you nonetheless always knew you were in her company but most of all, you enjoyed the encounter.

The Longford Leader would play a big part in her life as she joined the staff soon after completing her Leaving Cert in 1953.

There she met a very charismatic Tommy O'Brien and there was obviously the basis for a romance because though she briefly went to work with Kelly's of Kilcock, she quickly returned and the couple were married in August 1957.

Like many new families in 1950s Longford town, their first home was in Teffia Park. A bustling estate ahead of its time and over a number of years, the couple welcomed their children into the world. The youngsters quickly became the centre of the couple's lives and thanks to their parents, the young O'Briens became immersed in all sporting and cultural aspects of local life. Sadly two of the couple's children passed away when only infants.

Though born in the countryside, Maura quickly took to town life. The O'Brien's shop was an institution on the Park Road and it had been ran by Chrissie Cotton, who was a sister of Granny O'Brien, before Maura and Tommy took it over in 1976.

Tommy was one of the mainstays in the Longford Leader as a compositor and played a major part in transforming the paper's sports' coverage. So it fell to Maura to run the shop and they shared the parenting with a unrivalled passion and love.

Maura's wit and turn of phrase was legendary behind the shop counter. She coined countless nicknames for youngsters and local characters that have survived to this day. She was also a fiercely generous woman and no child without money ever left that shop without sweets and no family in Teffia or Farnagh ever went hungry thanks to Maura O'Brien.

The shop was probably her window into a world that she might not otherwise have seen. She knew that many families were struggling with poverty and deprivation. But she wad determined to break the cycle and steadfastly believed in the value of education and equality of opportunity for young women. She was one of the founders of the NOW project in Longford which today has evolved into Longford Women's Link. A member of the Parents Council at the Convent secondary school, she was later appointed to the regional Parents Council.

As the young O'Briens made their way in the world, Maura found time for the ICA and she was a great champion and advocate for the organisation. She was the local Federation President at one time and was also a member of the Board at the ICA's training facility, An Grianan, in Co Louth. In a pre internet era, outlets for women in rural Ireland were few and Maura knew the value of the organisation in terms of ensuring opportunities for woman to learn new skills and develop or re-ignite their confidence.

The death of her husband, Tommy, in 1998 was a terrible blow. The pair had been devoted friends throughout their 41 years of married life. They worked brilliantly together and steadfastly supported each other in their various endeavours. I know she was fiercely proud when the Dublin Association rightly named Tommy one of their Longford Persons of the Year in 1993 and Tommy in turn was quick to acknowledge and dedicate the award to the love of his life.

In the latter period of her life, Maura put so much back into the local community. She took up bridge and ran the famed Tuesday Bridge Club in the Temperance Hall for 18 years whilst the Historical Society became another great outlet for her. She was the chair of the Active Retirement Group for four years and was also in charge of organising outings. Those involved at the time said they never travelled as much because Maura was happiest on the road and meeting people.

She loved all her children and whilst she was never on the stage herself took great delight in their involvements with so many musical and dramatic productions over the years. She was a lynch pin for the Backstage Theatre Group and St Mel's Musical Society behind the scenes for so many great productions. Maura might not have appeared overtly religious but she was deeply devoted and had an incredibly strong faith which in no small part will have helped her through her final few months.

Whilst always proud of her children, they took second place when it came to her grandchildren. She marked every birthday, Holy Communion and Confirmation with love and delight and she shared their journeys and adventures through life with a relish and fervent loyalty. She truly was the devoted granny.

Maura loved life and she loved people. But most especially she loved Longford people and most of all, she loved Longford children. For Maura, the centre of the universe was that corner on Park Road / Teffia Park. Though she always safeguarded her Killoe roots and ensepcially in the throes of the Championship which was oft times difficult given the family's life long association with Longford Slashers.

We lost another piece in the Longford town jigsaw this week and I am afraid it was a corner piece, upon which so much memories and childhoods were built. Because everybody loved to see; everybody loved to meet and most especially everybody loved to chat with Maura. If you were a quiet or shy child, she made it her mission to get you engaging because she really wanted the best for everybody.

The late Maura O'Brien passed away peacefully at Laurel Lodge on Sunday, January 12, surrounded by her heartbroken family. She was predeceased by her husband, Tommy; and by their infant children, Derbhala and Colm.

Her remains reposed at Laurel Lodge Nursing Home Chapel yesterday, Tuesday, and will be brought to St Mel’s Cathedral, Longford, for Funeral Mass today Wednesday at 1pm, with interment afterwards in Ballymacormack cemetery.

Padraic's colleagues at the Longford Leader take this opportunity to extend their deepest sympathies to the family on the passing of their beloved Maura.