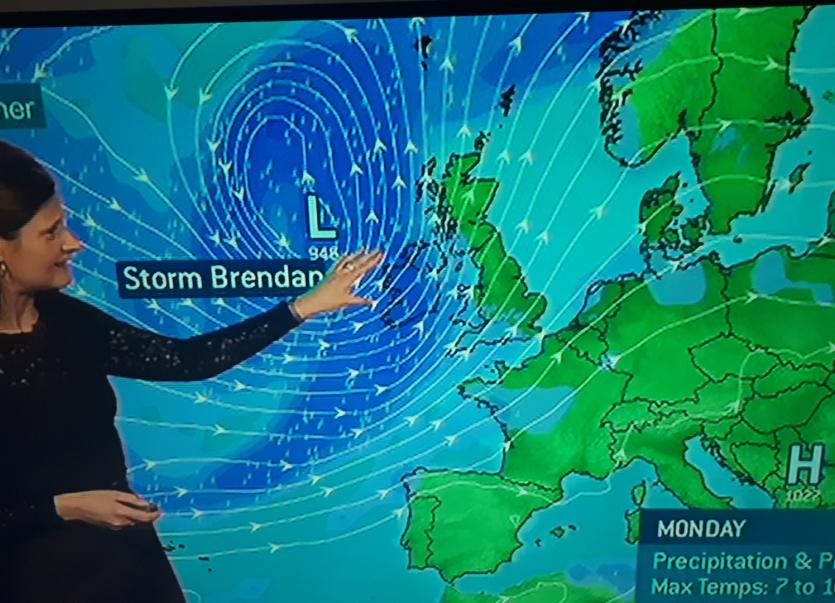 Met Éireann expects another unsettled week of weather to follow Storm Brendan with some snow on the cards after the storm passes.

In the weekly Met Éireann farming forecast on RTÉ on Sunday, meteorologist Michelle Dillion said a strong jet stream will send in some low pressures starting with Storm Brendan.

"The storm will be approaching the west coast by tomorrow (Monday) morning. Strong winds or gale force winds in western coastal parts and high seas also. As we go through tomorrow morning those winds picking up everywhere strong to gale force with a band of heavy rain sweeping eastwards across the country," she said.

She said there would be heavy bursts of rain through Monday with a risk of thunder. This rain will give way to showers as the day goes on.

Ms Dillon said the winds would only gradually ease through Monday afternoon but as the storm tracks to the northeast but it will be slower to ease along the northwest coast. 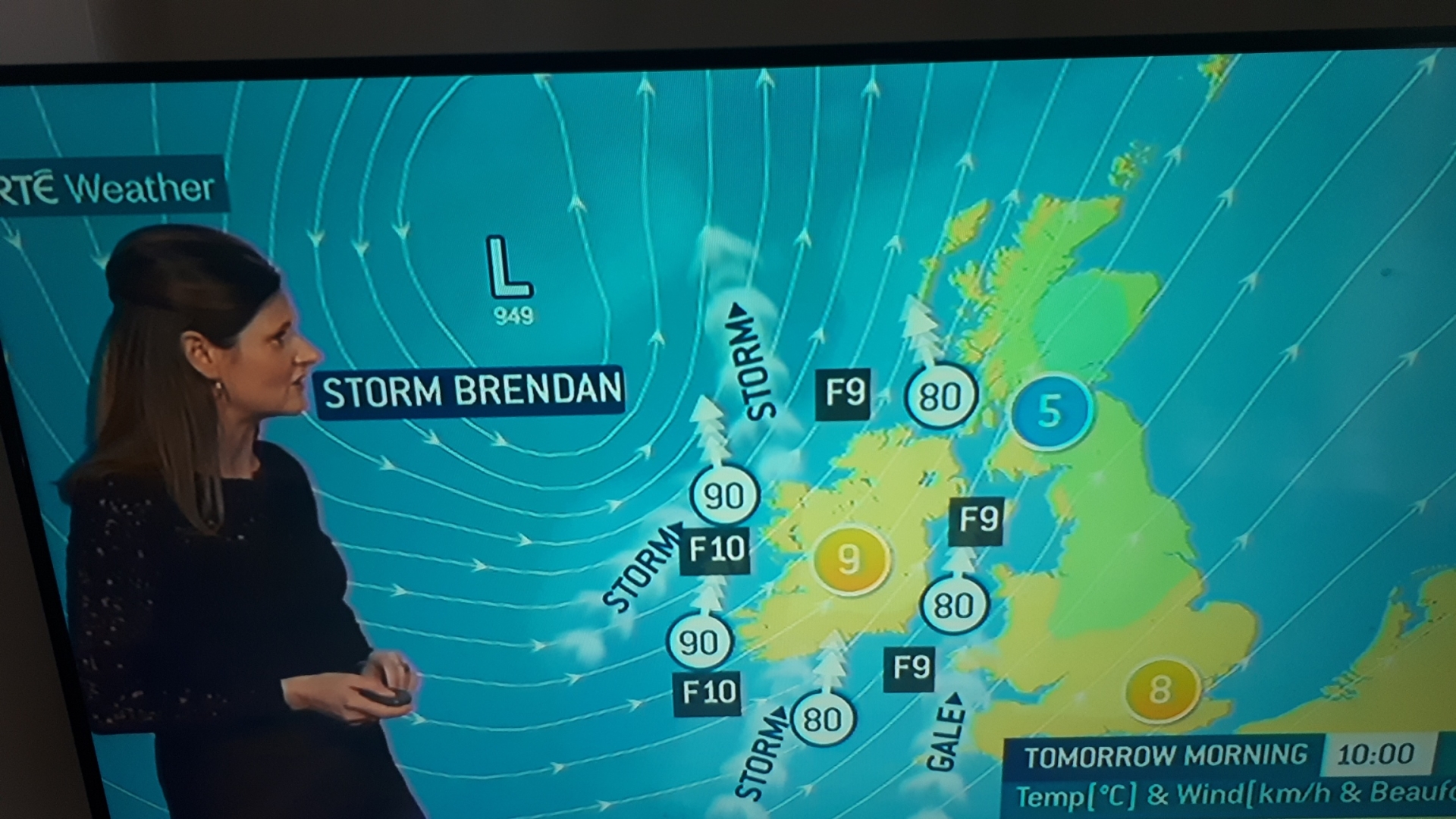 Tuesday is expected to be another unsettled day.

"Mostly dry to begin on Tuesday morning but we will have rain pushing up from the south meeting cold air so there is a possibility of sleet and snow on high ground for a time on Tuesday," she said.

Another area of low pressure will bring wet and windy weather on Thursday though it is looking likely dry for Friday when a ridge of high pressure starts to take hold.

TODAY - SUNDAY 12TH JANUARY
A bright day today, with sunny spells. Some scattered showers will occur, mainly in the western half of the country, but becoming more widespread later. Maximum temperatures 5 to 9 Celsius, mildest on western and southern coasts. Winds mostly light to moderate southwesterly, but fresh on northwest coasts.

TOMORROW - MONDAY 13TH JANUARY
Monday will be extremely windy or stormy, as storm Brendan tracks to the northwest of the country. Strong to gale force southerly winds will extend countrywide during the morning, with severe and damaging gusts, especially on southern, western and northwestern coasts. Heavy rain will extend from the Atlantic also, possibly thundery in places. There is a significant risk of coastal flooding due to a combination of strong winds, high spring tides and storm surge. Clearer conditions, with squally showers of rain and hail, will follow from the west during the afternoon and early evening, but there is a continuing risk of thunder. Winds will veer southwesterly with the clearance, easing a little in most areas, but it will remain stormy on western coasts, with further severe gusts. Maximum temperatures 7 to 10 degrees.

Monday night: Showers retreating to western parts of the country, some of them potentially wintry. Becoming dry with clear spells further east. Lows 0 to 3 degrees Celsius. Southwesterly winds will gradually moderate overland, but they will continue strong and gusty near coasts.

Tuesday: Sunny spells to begin the day over some northern parts of the country with showers, some wintry, in the west will gradually give way to the cloudier skies further south, with rain becoming widespread. Some sleet in places and some hill snow, especially over parts of the midlands. Very cold over the bulk of the country with afternoon highs of just 2 to 4 degrees, but milder near the south and southeast coast. Light to moderate southerly winds, fresh to strong on north and northwest coasts, will become mainly light to moderate cyclonic in the afternoon as an area of low pressure moves up from the south, but strong and gusty southwesterly on the southeast coast. Any rain or sleet will clear quickly northwards on Tuesday evening and night leaving clear spells. A few scattered showers will occur in Atlantic coastal counties overnight, some of them wintry, especially on hills. Southwest winds will be mostly moderate to fresh at first but they will become gusty overnight, increasing strong to near gale on coasts. Cold and frosty, with lows of zero to 3 degrees, but increasing 3 to 5 degrees by dawn.

Wednesday will be a bright and breezy day in many areas with sunny spells. Scattered showers will occur, however, mainly in the west. Top temperatures of 5 to 8 degrees. Moderate to fresh southwest winds will back southeasterly in the evening. Another area of low pressure looks likely to sweep up from the south on Wednesday night, delivering another spell of heavy rain, especially in the western areas. Southeasterly winds will increasing strong and gusty on Munster and Leinster coasts. Lowest temperatures ranging 2 to 5 degrees.

Thursday is looking wet and windy at this stage. Winds mostly moderate to fresh and gusty southeasterly veering southwesterly overland, strong to near gale at the coasts. Rain will be widespread for a time, potentially rather heavy in western counties with a risk of spot flooding there. Daytime highs of 7 to 10 degrees.

Friday and the Weekend: Current indications suggest the changeable Atlantic regime will continue.