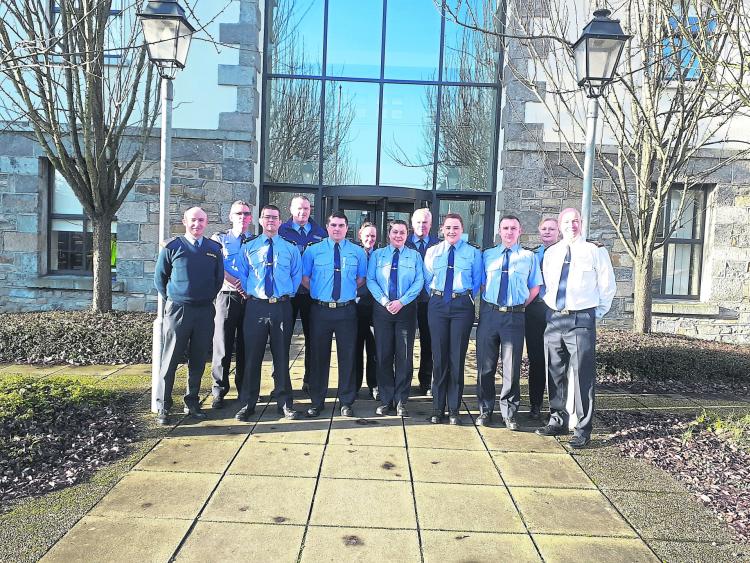 Longford has another five new gardaí within its ranks in a move senior chiefs believe will enhance the organisation's ongoing drive towards enhancing visibility and community engagement over the next 12 months.

Superintendent Jim Delaney was understandably thrilled at the new additions to a garda district which has been forced to endure its fair share of challenges over the past 18 months.

In heaping praise on Chief Supt Tony Healy and other high ranking garda officialsfor sanctioning the move, Supt Delaney reserved a special mention for the lobbying efforts of those on Co Longford's Joint Policing Committee (JPC).

“Without that type of support maybe this may not have happened on this particular occasion and we may have had to wait a bit longer because everybody puts in their shout for more resources,” he said.

“But this is a really welcome addition and will help us meet the challenges in our service to the community.

“After all, they deserve the best of service and that’s what we aim to deliver.”

The promise of a further strengthening of his own rank and file team is something the garda chief believes will prove instrumental in upholding both law and order as well as the public's perception to the gardaí's ongoing efforts in tackling crime.

“We (gardaí) have striven relentlessly to provide a visibility,” he added.

“I think we did achieve that (last year) probably not to the level everybody would have liked, but we did definitely achieve a high visibility and we will continue to do that as part of our Policing Plan for 2020.

"This is obviously will enable to deliver on that within our normal resources because we had to dig into additional resources which meant overtime and other financial resources to provide the level of visibility which we have done and people would have seen throughout the summer and into the second half of last year.

“That is what people want to see and we will do our best to maintain that level of visibility and deliver the level of service the people of Longford both demand and deserve.”