Edgeworthstown set for boost: New unit to coincide with regeneration 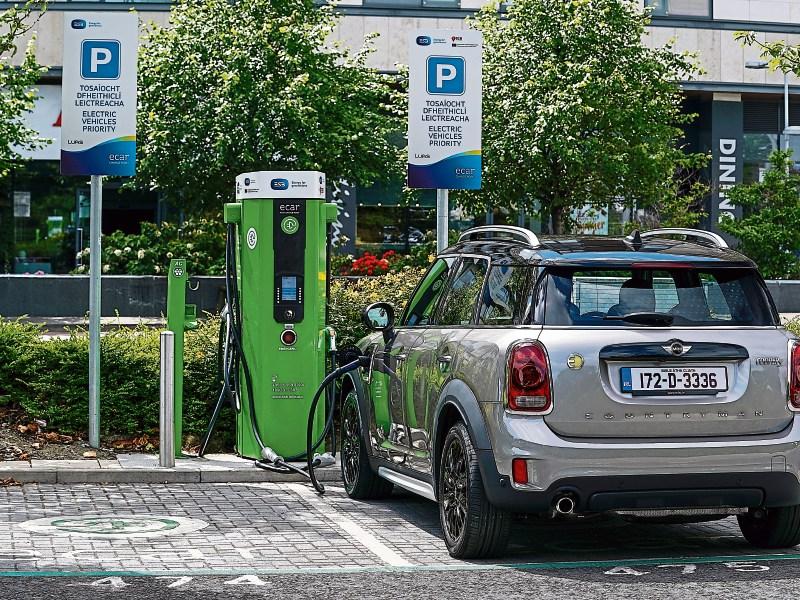 Radical laws aimed at banning the sale of new petrol and diesel cars by 2030 look set to take closer shape closer to home in the new year as council bosses look to increase the number of electric vehicle charger points countywide.

Climate Action Minister Richard Bruton has already begun instructing his officials within his department to prepare legislation enforcing the ban, with a view to publishing the new laws early in the new year.

Part of that new drive, which will be detailed in the Government’s soon to be published Climate Action (Amendment) Bill 2019, is expected to turn the focus on ensuring local authorities have enough charging points ahead of the proposed changeover.

Evidence of that new found emphasis was laid bare at a recent Ballymahon Municipal District meeting where local politicians learned of moves to add a high speed charging point in Edgeworthstown.

Area Engineer Paul Newell said the move was very much in keeping with the Council’s ongoing efforts to breathe new life into the mid Longford town as part of its broader regeneration push.

There was also talk of efforts to install a similar unit in Ballymahon, something which a number of elected members were keen to pick up on.

Fianna Fáíl’s Mick Cahill described the increased push to underpin the county’s collection of high speed chargers, but stressed their location should not interfere with parking.

Cllr Ger Farrell threw his weight behind the plans by calling for local authority officials to also look at carrying out similar initiatives in the likes of Lanesboro.

Independent Cllr Mark Casey agreed, saying it was imperative tourism ripe towns such as Lanesboro were not left out in the cold.

“It’s a vital piece of infrastructure and the car park in Lanesboro is perfect for it,” he said.

“It’s off the main street, people can park their cars there and charge them and go off for a coffee.”