Longford looks back on a Christmas morning like no other 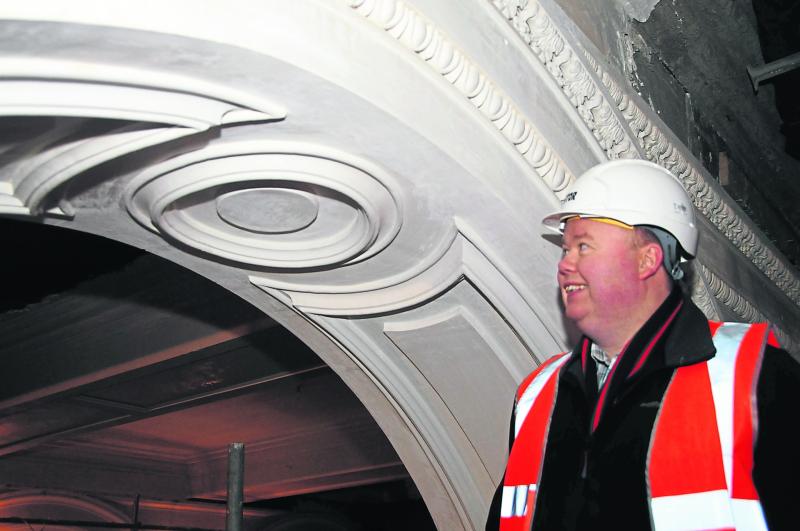 In 2009, after a raging inferno virtually destroyed the iconic St Mel’s Cathedral, a headline in the Longford Leader read: “A Christmas morning like no other in Longford town.”

Anguish, distress and heartbreak were the overriding emotions as stunned parishioners congregated in the freezing temperatures and wept as they witnessed fierce flames venomously rip through their place of worship.

Five years later, and the people of Longford and beyond, again, witnessed a Christmas like no other as, following a massive €30 million restoration project, spearheaded by Gem Purcell, St Mel’s Cathedral rose from the ashes and was re-opened on Saturday, December 20, 2014.

Fr Tom Healy likened the sense of achievement to ‘Longford winning an All-Ireland’.

For the new columns in the cathedral, 10,000 tonnes of limestone were quarried at cost of more than €2.5 million.

Tiernan Dolan chronicled the restoration project in some 25,000 photographs and his ‘Operation Transformation’ exhibition gained much acclaim.

The Project Manager for the mammoth rebuild and refurbishment was Ronan Moore and he, along with all other workers on the project, deserve massive credit.

Bishop Emeritus Colm O’Reilly vowed on Christmas Day 2009 that the cathedral would be rebuilt.

The extraordinary spirit and determination of Longfordians everywhere triumphed.

A decade on, we remember the devastation of the Christmas Day 2009 fire and the overwhelming pride, joy and elation that greeted the reopening five years later.