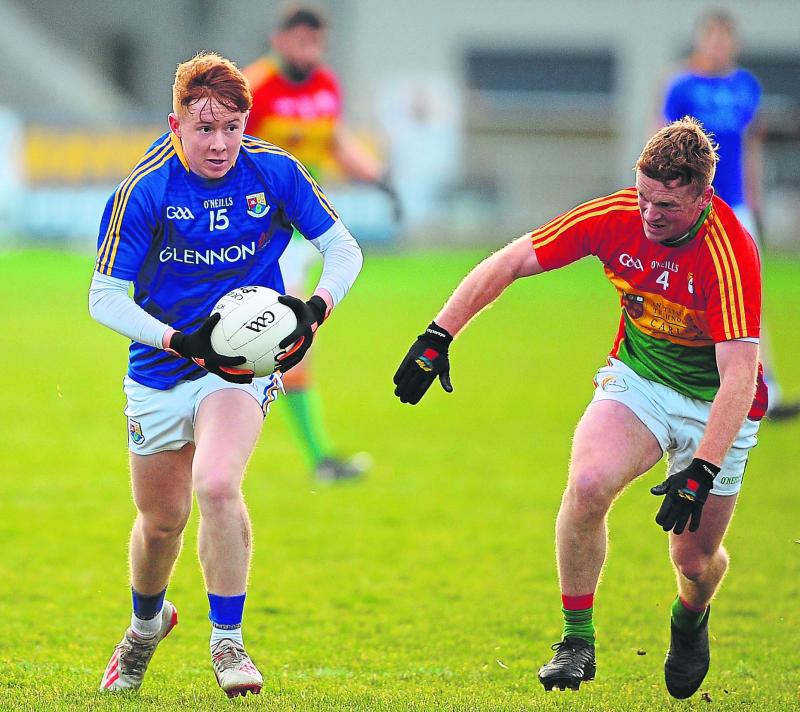 Someone told me - nobody in the management team by the way - that the ‘new’ Longford team were showing great promise, after the first game versus Kildare.

The story is true.

I watched the team against Carlow last Sunday, and they performed admirably, showing some real talent, and urgency in most of the play.

In fact, they could (and should) have been out of sight at half time, but some poor shooting, and some less than ideal decisions meant that they only led by four points at the break.

Anyone from Longford who attended the game, were given cause for some joy, as this Longford team are indeed promising, and they play for the most part with unselfish attitude and for the team, primarily.

There are still a couple of players, who while talented, could take a leaf out of the Dublin book.

Instead of shooting from impossible angles, without proper focus, they would be serving the team better by passing the ball, quickly, rather than persevering with going for a difficult shot, far out, while also being closely marked. Usually, that results in the opposition getting an important score on the resumption, but luckily Carlow weren’t able to do that.

But many Longford players really shone.

Darragh Gallagher at midfield was outstanding, and Colm P Smyth reigned supreme on the forty, with intelligent play right through the game.

Andrew Farrell once again put in a very purposeful, aggressive performance and continues to improve.

Another defender who caught my eye was Barry O’Farrell.

Both keys to the strength of defence.

Paddy Fox did what only he can do best, with persistent, patient covering, meticulous hassling, and highly focused; if he made a wrong move, I missed it.

Paddy is a super player, understated, calm and reliable.

Joe Hagan is a very good player, a man for the future while Rian Brady was once again to the fore, but frustrates this writer from time to time with a penchant for shooting while being closely marked, and from long distances.

But a wonderful player.

Overall this is a really good Longford group, who could go places, notwithstanding that it’s only December 2019 yet, and other more serious challenges are coming up.

Carlow were short the Éire Óg players, whose return will boost the team’s performance but the absence of Daniel Mimnagh, Padraig McCormack and Mickey Quinn helped to balance the equation.

Again, I would say that it’s marvellous that Longford have a man from our own county in charge of the team.

The day on Sunday was absolutely freezing, bitterly cold, yet Longford followers - just a few - were animated all through the game. Everyone seemed to have a notion that this was a great display, by every man in and around the Longford set up.

I’m attending a conference in Croke Park, in January, which will try to encourage counties to have their own internal management appointees, among other topics.

It’s terrific to see Longford being looked after by one of our own. Lessons can be learned from that.