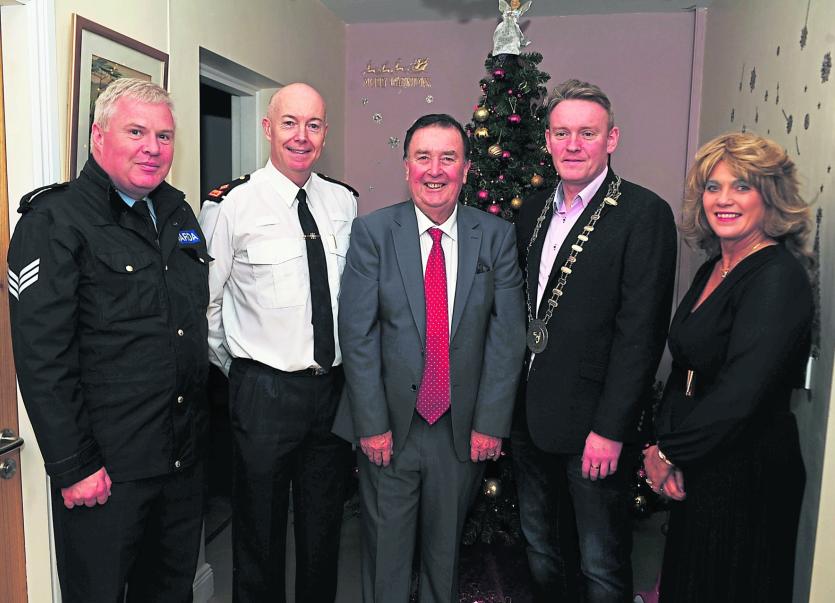 The second annual Garda band concert took place in St Matthew’s Church, Ballymahon, on Sunday, December 15, with in excess of 300 people in attendance.

“We had 300+ in the church excluding the orchestra, ushers and helpers.

“People travelled from all over. We even had people coming from Mayo.”

This year, the concert was held in aid of Ballymahon convent day care centre, with over €3,000 raised as part of the fundraiser thus far, although the final figure has yet to be counted.

“We then decided we would have it as a fundraiser for the day care centre this year.”

Also read: Crowds line out for turning on of Ballymahon Christmas lights

The concert, which was described as ‘outstanding’, also included a surprise solo performance from Longfordian Kate Connolly, who was married in the church on the same date last year. Kate was presented with a bouquet of flowers after her performance, as was Garda Emma Kiernan.

“The concert was outstanding,” Breda stated.

“We had a surprise solo from Kate Connolly, who is originally from Ballymahon.

“We presented her with a bouquet of flowers. We also presented a bouquet to Garda Kiernan as well, as she was the one who was responsible for it all.”

Following the concert, attendees were invited back to the day care centre for a raffle, some refreshments, a chat and a look around.

Breda stated, “We had over 200 people come back to the centre.

Continuing she said, “We were able to exhibit the centre. It was the best advertisement ever, as people could see improvements from last year and where the money is going to be spent.”

All refreshments provided on the day were sponsored by local businesses and Breda wished to thank everyone involved in the fundraiser from start to finish, including volunteers, staff, stakeholders and the voluntary board of management.

“All we had to do here at the centre was turn the lights and heating on. Nally’s donated sandwiches, Fiona Egan donated mulled wine and mince pies, Bernie O’Meara donated the pastries and Fresh today donated tea, coffee, milk and sugar. Everything was donated,” Breda said.

“From the bottom of my heart, thank you. We are so pleased with how it went.”

Breda then confirmed that plans are already in place to host the concert again next year.

“Next year, all going well, we will be going ahead with it again,” Breda concluded.