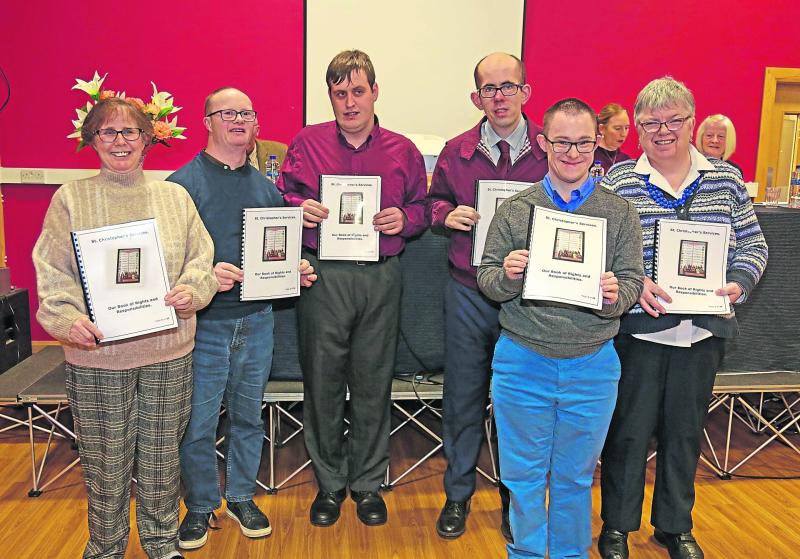 The ongoing financial difficulties at St Christopher's and continued hemorrhaging of its staff to better paid roles within the health industry has led to claims disability services have become little more than a “Cinderella” within the health sector.

That was the veiled critique taken by the service provider's CEO, Derek Scanlon as he addressed onlookers at its 55th annual general meeting last week.

Mr Scanlon said such was the widening gap of pay scales available to staff in other sections of the HSE and the fact over €3m in outstanding increments was still owed to employees, he and his fellow managerial officials were losing staff on an almost weekly basis.

“Our service is our staff but unfortunately in 2013 a decision came from the Departments of Health and Finance to devalue the work of our staff via the non-payment of increments to our staff,” he said.

“Who can blame any employee when the difference between their pay here in St Christopher’s and elsewhere can be anything ranging between €6,000 and €12,000 on average?

To this end, the St Christopher's chief executive said he had been left with little option but to reach out to those in political office.

Mr Scanlon admitted the gravity of the plight facing the Battery Road facility was now so grave, the need for such measures was unavoidable.

“With the many funding challenges in mind I intend to convene a cross party and non-party meeting of new local authority members in the coming weeks to outline in detail the needs that exist within our service and the funding challenges,” he contended.

“The rationale for this meeting would be to create local champions who can bring our message to a national level.

“If our local representatives show anything like the spirit they showed earlier this year in coming together as a group to fundraise for St Christopher’s then I would expect great results.”

In keeping with those political connotations, Mr Scanlon had strong words for Minister of State for Disability Issues, Finian McGrath.

The former Chamber of Commerce president explained how he was still awaiting a response from Mr McGrath's department as to how best to address the service's many dilemmas despite holding face to face talks over four months ago.

“On 4 July this year we met with Minister McGrath and outlined the many different shortfalls in funding that exist within our service,” he told onlookers.

“To date despite assurances at that meeting in July that the Minister would revert to us having considered our presentation we are yet to hear from him.”

On a more positive note, Mr Scanlon said even though the facility had been forced to reduce its bed night respite service provision , moves to purchase a new property were at an advanced stage.

That, allied to the evolving development of an extension to its Special School represented an important milestone for the organisation going forward.

The end product, when complete, he added, would also define one of the lasting legacies of its late and former School Board of Management Chairman, Eugene McGee.

Perhaps fittingly, however, the final word was reserved for those which have made the Service the shining example of zeal and positivity it is today.

“Many challenges face us in the coming years...(but) I also want to acknowledge all the achievements of our service users in the past year. From making films to writing books and putting together photography exhibitions the extent of the achievements has been phenomenal to witness.

“A service like ours, which puts the individual at the centre is a service that succeeds in enabling these fantastic achievements, so to all our service users well done on your achievements this past year.”