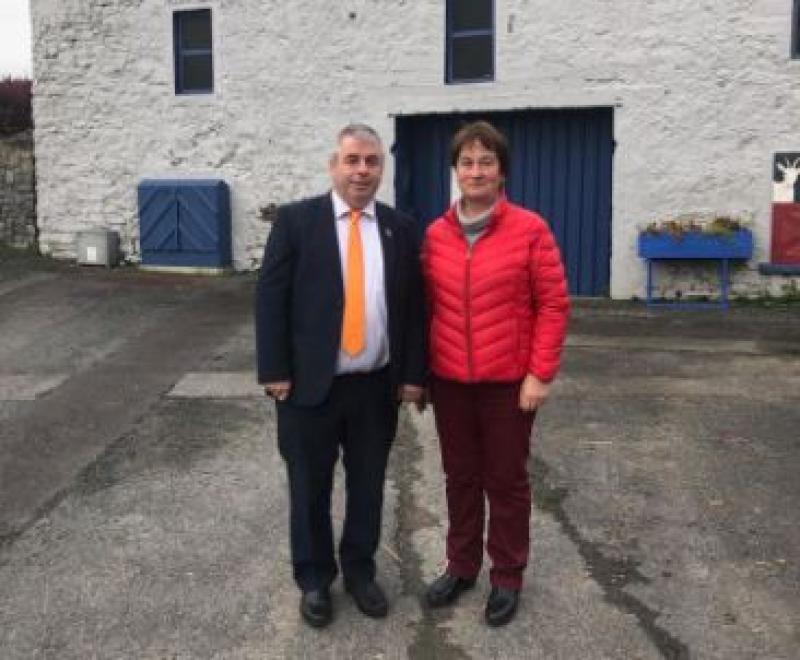 A proposed 'village hub' in south Longford is to receive over €500,000 in State aid, Minister for the OPW Kevin 'Boxer' Moran has announced this morning.

The Longford-Westmeath TD has confirmed to the Leader that 'The Yard' in Abbeyshrule and a proposed ‘village hub’ project is to benefit to the tune of €522,265 under the Rural Regeneration and Development Fund.

“I would like to thank Minister Ring for appreciating the significance of this project for Abbeyshrule and for granting the fund under this very important scheme for rural communities,” said Mr Moran.

This project, which will cost a total of €696,354.28, is for the creation of a new village hub, creating space for economic and enterprise development, enhancing the first impression of visitors along the Royal Canal Greenway to the village of Abbeyshrule and the county of Longford.

The Yard is being flagged as an opportunity for local people currently commuting to Dublin and other large urban centres to work remotely and bring activity to the village centre.

Public realm enhancements will also be carried out, to provide a focal point on this side of the Canal, which is connected via a footpath to the main hub of the village.

“In addition to the remote workers and enterprise units, there will be a number of hot desks available for people utilising the Greenway, to allow them to connect and carry out work while travelling. It is very important that where an opportunity presents itself that alternatives to long commutes can be found to achieve a better life-work balance for people,” said Mr Moran.

The works proposed include upgrading of the existing buildings to a sufficient standard, including raising the roof heights and replace the existing openings with ones more suitable to for enterprise units.

The work will also include the fit out of each of the spaces to a high quality finish to allow for use of the space by the end users.

It is also proposed to place 4 no. prefabricated pods within the site to accommodate remote workers. These works will include public realm works to create a courtyard area, which can serve as a meeting point for users of the facility and the local community.

Mr Moran said he understood that the Council intends to submit an application in the coming months under the LEADER programme for the development of an adjoining building, which will be used as a storage area by the local canoe club and as a service stop, providing toilets and changing facilities for users of the Greenway.

An application was also recently submitted by Longford County Council under LEADER for a co-operation project, carrying out a research project, in collaboration with partners in Scotland and Finland, looking at rural working hubs and best practice and innovation in such hubs.