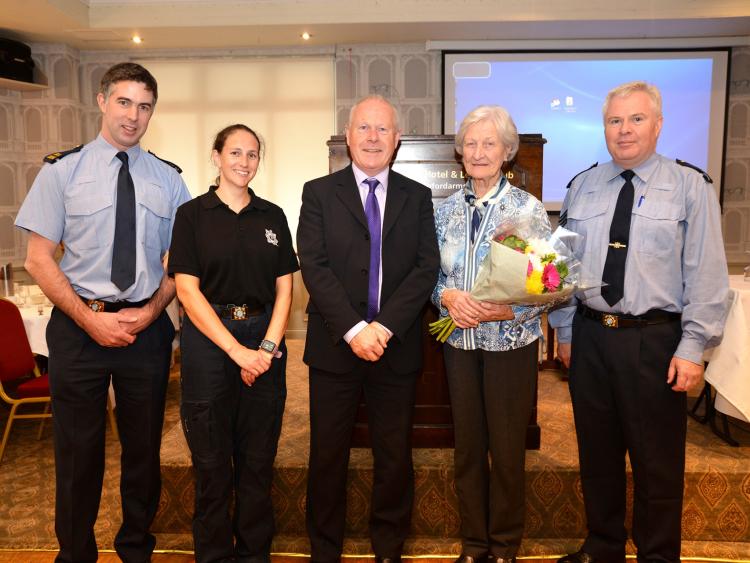 In 1959, An Garda Síochána recruited women for the first time. There were 12 women in that year’s class of 57. One of them was Sarah McGuinness, a native of Derryharrow, near Longford town.

On completion of her training, Sarah was attached to Pearse Street Station, Dublin. She was the first woman to be promoted to Sergeant, in 1960. She achieved the rank of inspector in 1981 and was then transferred from Store Street Station to Fitzgibbon Street.

In 1983, she took charge of security in Leinster House and remained in that role until her retirement in 1987. Sarah’s late husband, Donal O’Sullivan, was also a member of the force. Sarah was honoured at the recent Age Friendly Networking Day in the Longford Arms and is pictured above with Chief Executive of Longford County Council Paddy Mahon and members of Longford Community Gardaí: Garda Mick Belton, Garda Annmarie Reilly and Sgt Lionel Mullaly.