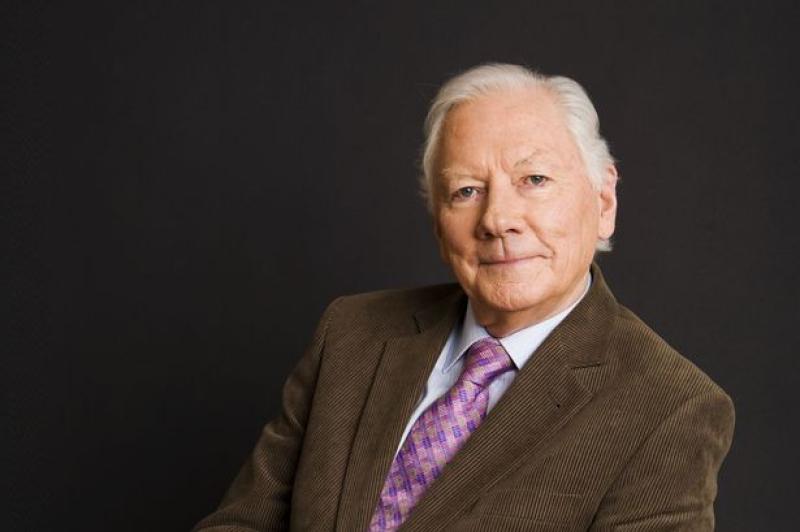 At the age of 85, the man described as the voice of the nation, Gay Byrne, passed away following a battle with cancer.

The broadcaster was best known for his prowess and comfortable nature on camera, as well as his deep passion for producing high quality journalistic content on radio.

After developing a keen interest in the world of radio in his younger years, Gay began his career in broadcasting via a role with Raidió Eireann in the 1950s. Soon he progressed his career even further and by the year 1962, he presented the inaugural Late Late show on RTÉ television.

Mr Byrne also presented a morning radio programme on Radio One - the Gay Byrne hour - and was known for tackling issues which were generally unspoken in society. One such issue with Longford relevance was in relation to the passing of Ann Lovett, a 15-year-old schoolgirl who died in Granard after giving birth.

Mr Byrne covered the story on his programme and this led to hundreds of people writing to 'Gaybo' outlining details of their own teenage pregnancies and the devasting impact such had on their lives, with many the result of rape, incest or sexual abuse.

Mr Byrne stunned the nation and brought the problem to the fore by broadcasting the letters on his morning programme, helping to break the stigma surrounding unplanned teenage pregnancies.

After a 37-year reign in the Late Late hotseat, the man fondly known as ‘Gaybo’ retired from his post in 1999, but that wasn’t where his connection with broadcasting ended , as the former Rose of Tralee host regularly popped up on air down through the years .

Tributes have poured in for a man described as a ‘giant’ in broadcasting. One such tribute has come from Longford country music legend, Declan Nerney, who appeared with Gay on the Late Late show in 1998. He spoke of his honour at having the chance to grace the screens with the TV legend.

Declan told the Leader, “I was very honoured to be on the Late Late show at any time, but it is a great memory to have that we were on it with Gay in the time he presented the programme.

“It is definitely a wonderful memory. He was a very nice man. He made you feel at ease on the programme.

“He had a great way with people, obviously as he was so popular. He was just a giant of a broadcaster,” he continued.

Declan told the Leader it is a testament to Gay's broadcasting talents that others have since tried to emulate his style, but says his legacy will remain untouched.

He said, “The Late Late was a gigantic programme and it still is, but at that time it was a hugely prestigious programme. It hasn’t been bettered since. That’s being fair about it. A lot of people have tried to emulate him in ways, but he had three or four different strands to his own personality.”

“Gay and I grew up as neighbour's children in Rialto, but I got to know him better later in life.

“In a private capacity he was a very kind and good friend, when in the 80's, he heard that I was having an operation on my vocal chords that would leave me without a voice for at least six months, or longer if the operation hadn't worked out, he immediately arranged my first Late Late show appearance for the following night. He was the ultimate professional in everything he did, but a genuinely kind person who never forgot his roots.”