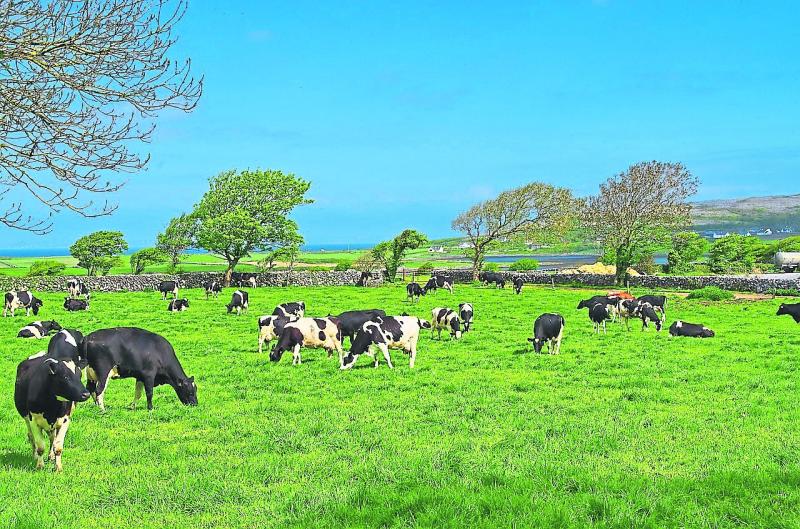 Dairy cow numbers have increased by 2.7%, according to an Environmental Protection Agency report

The Environmental Protection Agency (EPA) has revealed in a report published on October 23, that Ireland has exceeded its emissions budget by 5 million tonnes.

This follows on from an exceedance of 3 million tonnes in 2017 and these latest figures show that Ireland is falling short in terms of lowering our emissions, achieving carbon neutrality by 2050 and playing our part in responding to global climate change.

The main drivers of this increase has been put down to household emissions, agriculture, and transport. In agriculture, emissions increased by 1.9% in 2018 (0.38 Mt CO2eq) with higher dairy cow numbers (+2.7%) the most significant driver.

The EPA noted that dairy cow numbers have increased by 27% in the last five years, while greenhouse gas emissions increased by 8% over that time.

The report stated, “While agricultural production has gained some efficiency over this period, these gains will not be sufficient to deliver overall emission reductions.

“Full implementation of the measures outlined in the Climate Action Plan are required.”

Household emissions increased by 7.9%, which reflected a colder winter in 2018 and an increased demand for home heating.

Transport emissions increased by 1.7% in 2018, which is the fifth year out of the last six with increased emissions.

In road transport in 2018, petrol use continued to decrease by 9.2% while diesel use increased by 4.6% and biofuels use decreased by 4.0%.

“Reversing this trend will require the widespread transition to electric vehicles, increased use of public transport and reducing the number of car journeys.” the report stated.

Meanwhile, Energy Industry emissions decreased by 11.7% (1.38 Mt CO2eq) in 2018. The most significant change in fuel used was a decrease in coal (44%), largely driven by maintenance works at the Moneypoint generating station, and an increase in renewable energy. In 2018, electricity generated from wind increased by 14% with the proportion of electricity generation from renewables now at 32.6%.

Stephen Treacy, Senior Manager in the Office of Environmental sustainability, said, “These figures show the positive impact of reduced use of carbon-intensive fuels such as coal in power generation, whether intentionally or otherwise, on achieving significant emissions reductions.

“However, emission increases in the transport and agriculture sectors in 2018 were largely driven by increased activity, highlighting that emissions in these sectors are still closely coupled with economic growth.